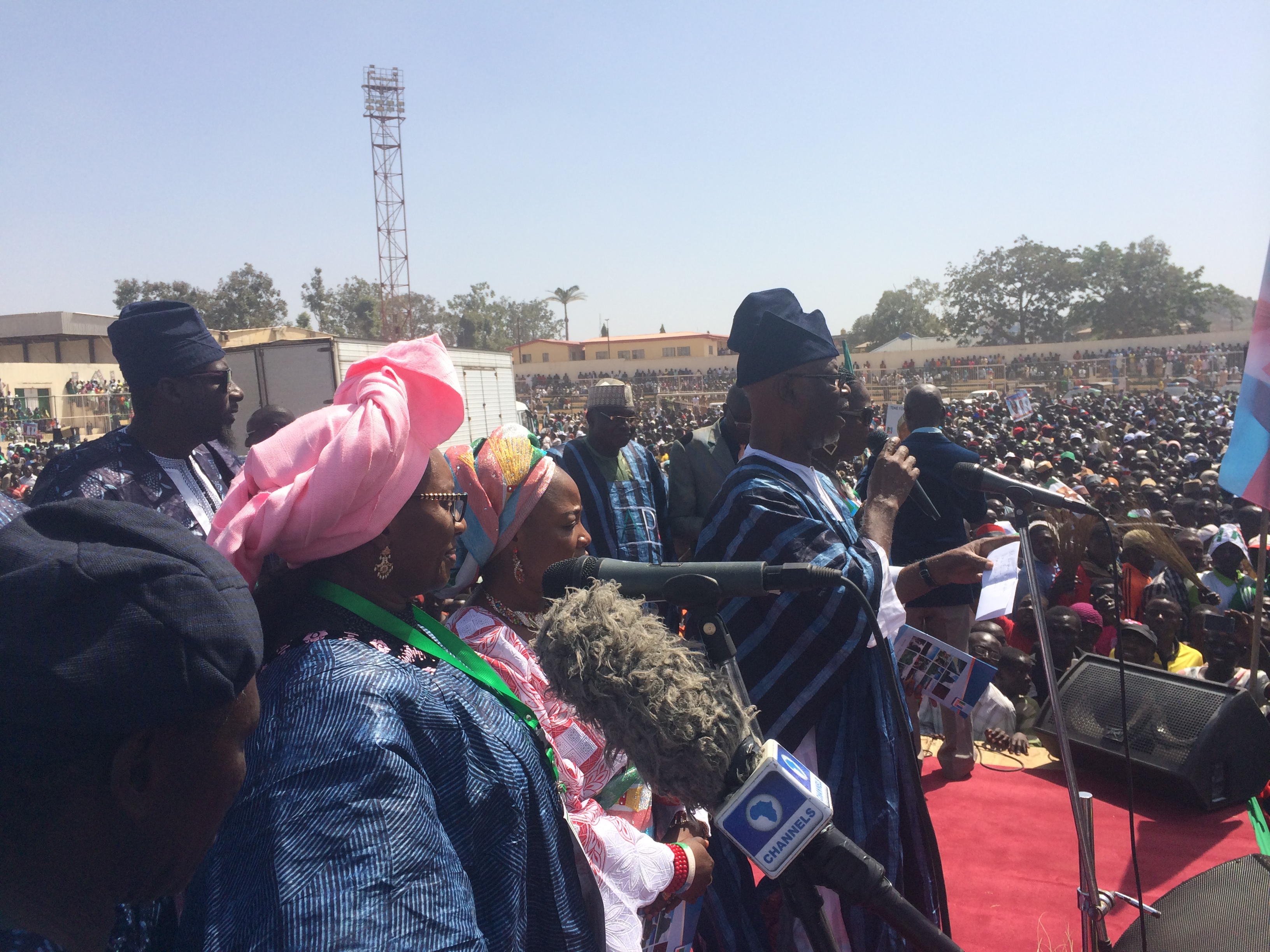 The PDP stalwarts, led by former Minister of Science and Technology Mrs Pauline Tallen, were officially received into APC during the mass rally held at the Rwang Pam Township Stadium, Jos.

Former minister Tallen, who was also former Plateau State deputy governor and governorship candidate in the state in 2011, was received together with other PDP chieftains that included Mr Sambo Wampuk, a former director general of the Industrial Training Fund (ITF) and former House of Representatives member Mr Leonard Dilkon.

Tallen had contested the 2011 governorship elections under the Labour Party but lost to the incumbent Governor Jonah Jang.
The coal city was agog for the Buhari campaign team ?as people thronged the streets chanting ‘Sai Buhari’.

Addressing the mammoth crowd, Buhari vowed to end insecurity and corruption in the country if elected as president in the February 14 polls.

He said “APC is determine to break the vicious circle of insecurity, lack of jobs and corruption in this country.”
The APC flag-bearer condemned insurgency, saying “what is happening in the Northeast is totally unacceptable because most youth in Nigeria are unemployed and we will create job opportunities for the youths.”

Buhari also promised to arrest the falling standard of education in the country, saying “schools in Nigeria no longer turn out competent graduates, infrastructure is gone, salaries of teachers are no longer paid regularly and the best we can do for this generation is to put in the best in our educational system.”

The APC candidate promised to revive the economy, saying if elected, he would resuscitate agriculture and the mining sector to generate employment opportunities for the teeming youths.

The APC flag was presented to the Plateau State governorship candidate of the party, Mr. Simon Lalong, by the national chairman of the party Chief John Oyegun.