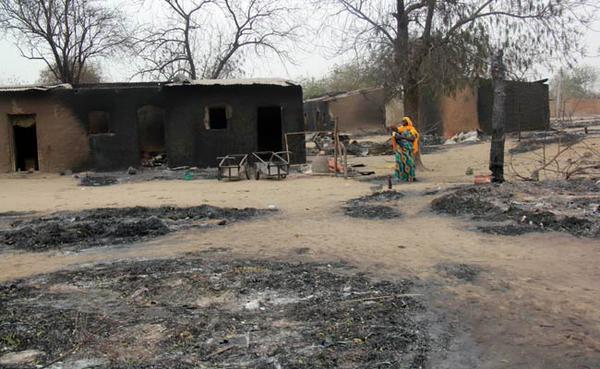 The U.S. State Department on Wednesday said Nigeria’s election in February could be a factor behind the sharp increase in attacks by Boko Haram Islamist militants in the north of the country, Reuters News Agency.

Spokeswoman Marie Harf said, however, that the Feb. 14 presidential election should go ahead in spite of the violence which has forced about 20,000 Nigerians to flee to neighbouring countries in recent weeks.

“There has been a sharp escalation in the number of reported casualties.

“We do believe the election is a factor,’’ Harf told a daily briefing.

Harf said Boko Haram previously used events such as elections to stir up tensions.
However, the election is expected to be a close contest between President Goodluck Jonathan and his leading challenger, Muhammadu Buhari.

“Boko Haram has tended to, particularly around something like an election, use political issues or sensitivities to try to en flame tensions.

“We have seen that as one of their tactics and that is why it is so important to move forward with the election, because we believe it is important,’’ she noted.

Boko Haram’s insurgency began in 2009, but the number and scale of the attacks has risen sharply since 2015 after the government imposed emergency rule in three worst-hit states in northern Nigeria.

Amnesty International has said Boko Haram may have killed some 2,000 people around Jan. 3 in Baga in northern Nigeria.

However, Harf said it was hard to independently verify that figure.