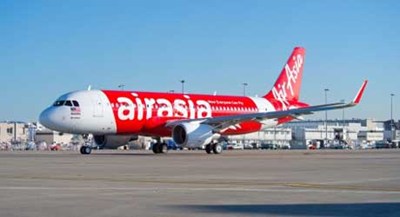 An AirAsia flight carrying 155 people from the Indonesian city of Surabaya to Singapore lost contact with air traffic control on Sunday, officials in the region and the low-cost airline said.

It had 155 passengers and crew on board, another Indonesian Transport official said.

Kuala Lumpur-based AirAsia confirmed its flight had lost contact with air traffic control and said a search-and-rescue operation had been launched.

Mustofa said the plane had asked for an unusual route before it lost contact.

Indonesian media said 149 Indonesians, three people from Korea, and one each from Singapore, Britain and Malaysia were on board.

The flight had been due in Singapore at 8:30 am Singapore time. The Singapore airport website had the status of the flight as “delayed”.