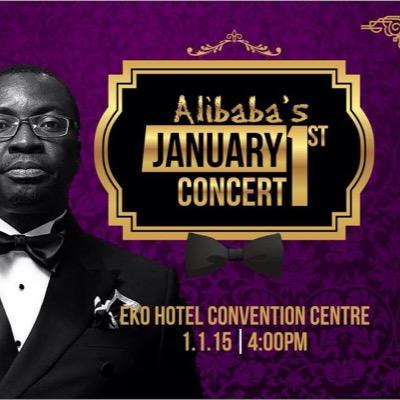 Nigeria’s King of Comedy, Ali Baba is gearing up for his January 1, 2015 concert at Eko Hotel and Suites and he said he’s been informed of a plot by fellow comedians, Okey Bakassi and Basorge Tariah Jnr. to ‘Roast him’ at his own show.

From the post as seen below, Comedian Ali Baba who took to his Instagram account to react to the information is no longer taking the treats from his colleagues likely as he’s SERIOUSLY WARNS all comedians to respect themselevs.

Ali Baba, christened Atunyota Alleluya Akporobomerere carved a niche for himself as a comedian for both corporate and non-corporate events. He has been a professional stand up comedian for the past 22 years and has in the last 13 years received several awards, and has continued to organise the popular January 1st show which it seems he’s now had to call out those he feels are after his event.