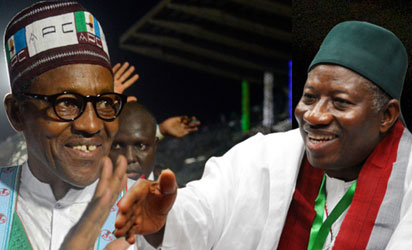 “Once to everyman and nation comes the moment to decide; in the strife between truth with falsehood, for the good or the evil side.” J. R. Lowell, 1819-1891, (VANGUARD BOOK OF QUOTATIONS,VBQ, p 254).

For great nations, the choice comes once or, at most, twice. For Nigeria, the choice had come several times. And, the fact that, today, the failure of a country which was more advanced than South Korea, Malaysia and Thailand, among others, in 1965, is unanimously attributed to the lack of purposeful leadership is an indictment of the leaders as well as the followers.

To the best of my knowledge, nobody had been elected into office, either at the Federal, or State, level who had not enjoyed some significant measure of support. Even when the votes were supposed to have been rigged or bought, with “Stomach Infrastructure”, fellow Nigerians had been involved in the deals. Nobody alone can impose himself on a nation of 170 million people. As Joseph de Maistre, 1751-1820, in VBQ p. 80, has warned us, “Every country has the government it deserves.”

So if Nigeria, a potentially rich, but, actually poor country, has a government in which a Minister can purchase two bullet-proof cars, at inflated prices, that is what we deserve. If another Minister can spend billions of naira leasing a jet for her official use; and, then go to court to stop anyone from asking questions, because her “boss” never did, that is what we deserve too. If the BOSS himself runs a Presidential Airline with nine aircrafts, while the Presidents of France and Brazil and the Prime Ministers of Japan and Britain manage with one each, that is what we also deserve.

By contrast, we now have a challenger, who was a former Minister for Petroleum Resources (he leased no jets) and a former Head of State (no Presidential Airways then). Yet, he could state, without fear of contradiction as follows: “While others who have occupied those same positions have grown mysteriously rich, I still live on my army pension. I own no foreign bank accounts, I own no companies profiting from government contracts.”

To me the difference is clear; as clear as drinking tea or coffee with milk; or drinking mud water. Let those who had become mysteriously rich explain the source(s) of their wealth to Nigerians – including how much tax they paid on them….

IBIBIO LEADERS WALK AWAY FROM PDP…

“If one had watched our kind of politics..one came to know that a nose for danger is something all the real performers had..” C.P. Snow. VBQ p 192.

Unfortunately, for President Jonathan, the “nose for danger” appears to be missing. Hence, GEJ had almost single-handedly carved out large sections of states, formerly considered safe for his re-election bid, and handed them to the opposition. Akwa Ibom State is one of them.

For several months, I had warned the President that his second term ambition places him in a conflict of interest with his closest ally among the PDP governors – Godswill Akpabio. Because the point deserves to be repeated, permit me to summarise the situation – which is based on ethnic politics. Ibibios constitute close to sixty-eight (68) percent of the AKS population. Thus once substantially united, they will determine the outcome of any election in the state. They had become substantially united in opposing any candidate Akpabio supports – and that might include the President; as long as he stands by Akpabio.

The outcome of the primaries for Governorship candidate, which purportedly was won by Akpabio’s nominee, had resulted in a two-prong attack by the Ibibios. Some had followed Umana O Umana (see last week’s article) to the All Progressive Congress, APC. Others stayed behind, in order to establish locus, to take legal action aimed at preventing the PDP from fielding a candidate in 2015. Failing that, I can state, authoritatively, that most of the rest will decamp to APC.

Increasingly, Jonathan might find himself returning to Jerusalem to offer just one prayer. “God save me from my friends; I can take care of my enemies.”

“What does corrupting time not diminish?.. Horace, 65-8 BC. VBQ p 247.
Once upon a time, it seems so long ago, people invested in the Nigerian Stock Exchange to get rich. Since 2008, it has become the Nigerian Stroke Exchange. They take your money and the manipulators give you stroke. This time around, if you already have High Blood Pressure, HBP, or stroke, begin to say your last prayers.

The warning was given last year about imminent crash. It was ignored – as usual. The result is here. Need I say more?

CHEER UP
The Minister of Finance says we are not broke. She also said that government has Plan B to avert economic disaster. If you believe that, you will believe anything.

But, cheer up; have a Merry Christmas; if you can. The worst is yet to come.