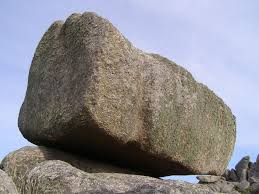 I had just taken my delicious delicacy so dear to my heart on this evening with a feeling of contentment. It was actually soaked gari. I was not used to garnishing it with milk but on this day, I added milk. I was waiting for the fall of the night to go to sleep with a high expectation for the next day.

There are different sources of inspiration known to man. Many people are inspired by a lot of things. Some draw their own from their environment, some from the happenings around them. Some get inspired by what happens in their private lives and others draw theirs from their spouses, boyfriends, girlfriends etc. Whatever the source of inspiration for an individual is, it has worked for them one way or the other. The greatest source of inspiration for mankind is God Almighty. That’s what you come across when you flip open a story book or any book that teaches other subjects.

At about 12:45am, I ate eba and efo riro rich in content and fitted into the context of that moment and a perfect match for my hollow belly. No sooner had I finished eating and I lied down on my carton-turned-bed than a strange and an uncanny thought propped up in my head. The content of the thought was that there are many rocks in Nigeria that serve different functions and purposes and their peculiarity cannot be umdermined. All of those rocks are fixed in a stationary position but their influence and fame are ubiquitous. The eba and efo riro inspired me here.

If you have been to Abeokuta before, you will probably know Olumo Rock of ancient pedigree and history. The rock served as a refuge for many displaced persons during the war-torn era in the annals of that ancient city. The rock is some 137metres above the sea level that it takes some several minutes before one can get to its summit. It has an imposing height that overlooks the length and breadth of Abeokuta with rusty and brownish appearance of corrugated roofing sheets of many family houses and compounds begging unrelentingly for renovation or probably total demolition to give way to new houses. Living right in the crevices of this ancient artifact are some craggy-looking and fragile old men and women who dish out unending tales about the rock and Abeokuta city to visiting tourists with curious and inquisitive minds. To ease ascension to the peak of the rock, elevators had been provided with other beautification. There’s now a restaurant that quenches tourists’ hunger. A water fall is located near the entrance and parking space. The whole environment provides serenity and tranquility to make everybody feel at home. It serves as a revenue generation channel to the government of the state and tourism for Nigerians and foreigners.

Another rock is the Zuma rock. But the Olumo Rock is not the dreadful rock that scares people away, not even the people with phobia for height. The Zuma Rock is at Suleja in Niger State, close to the capital city, Abuja. People say that it has the face of a human being carved into it by nature. People seeing that for the first time will probably be scared to their pants because of that carved human being. Speculations have it that water gushes out of the mouth both in the rainy season and dry season. I don’t know how true it is. The last time I was in Minna, I tried to visit the rock but I couldn’t. This rock is neither the dreadful rock despite its strange features.

The next rock is incontrovertibly and irrefutably the dreaded and dreadful rock that agitates many people. It ensnares the psyche of the whole populace due to what emanates from the rock. The sword of Damocles invented from inside the commodious and exquisitely furnished and expensively decorated rock has continued to dangle on Nigerians since 1992. The fate of over 160 million Nigerians are deliberated upon and debated in it with no comprehensive and an all-encompassing survey of the needs and grievances of the populace. The microscopic and supercillous affectation of condescending disposition of the few and their rapacity had rendered us incommunicado and incoherent because no one is listening from there. The commonwealth of the masses are shared and conveyed in Ghana-must-go bags to the chagrin of the impoverished many. And why wouldn’t Ghanaians go? They will go and are already going because the basic amenities of human comfort are springing up here and there. Infrastructural development are fast appearing. The incessant bloodletting on the rampage in the country, not necessarily by brandishing physical weapons and descending them on human life, but the massacre, maiming, annihilation, killing, murder and obliteration predetermined and premeditated by a single stroke of the pen to add more zeros to the existing figures on the broadsheet within 52 years are more than the bloodletting ever committed by all the countries in the world over during wars and other periods. The rock is none other than Aso Rock. This is the most dreadful and dreaded rock.

In my two decades and five years on earth, I’ve come to realize that there’s a higher rock that we can run to for permanent refuge. The rock is the Rock of Ages. Run to it now Nigerians.

Simon Kolawole: May We Now Discuss The Issues, Please?