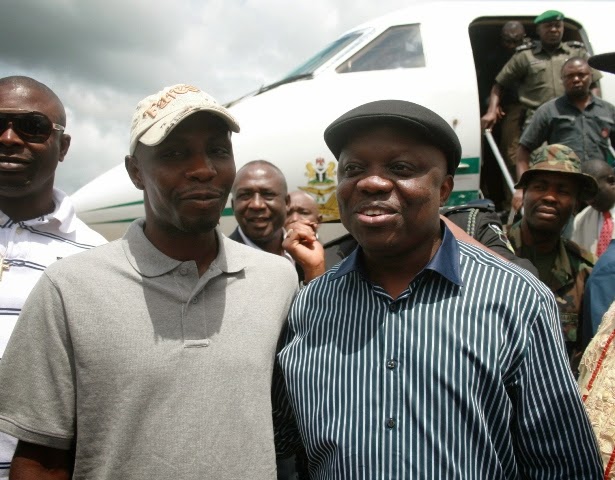 Militant leader Government Ekpemupolo, popularly known as Tompolo, has taken over the structure of the Peoples Democratic Party (PDP) in Delta state, and his candidate is set to be named the running mate of Ifeanyi Okowa, the party’s governorship candidate.

TheCable repots that  according to a high-ranking member of the party, the influence of Tompolo, who recently acquired seven warships from Norway, has grown to the extent that “he determines who ends up becoming what” in the state chapter of the party.

“Everyone is afraid of him. He is fully in control and dictates what happens here in Delta,” the source, who did not want to be named, said.

“He is fond of intimidating those who are not in his good books. Recently, the names of some people who won the primary election for the state and national assembly were replaced on his orders.

“He uses his influence in Abuja to fight those who are not in his camp. There is so much confusion in Delta right now. Some people who won the party’s ticket would not return. I can confirm to you that the current deputy speaker of the delta state house of assembly, in the person of Basil Ganagana would not return to the house even though he won the primaries.”

The source further alleged that not even Emmanuel Uduaghan, governor of the state, can challenge the might of Tompolo.

He added that Okowa beat Tony Obuh, the preferred candidate of Uduaghan, to the state governorship ticket due to the influence of Tompolo.

In another instance, he continued, Kingsley Otuaro, a commissioner at the Delta State Oil Producing Areas Development Commission (DESOPADEC) who is also loyal to Tompolo, would emerge as the deputy governorship candidate of the party ahead of the forthcoming election.

“As I speak to you now, everything has been put in place to name Tompolo’s candidate as the running mate of Okowa. This is no secret; it is a well-known fact but everybody is afraid to talk,” the source said.

“Do you think it is ordinary that Uduaghan lost in two ways? He dropped his senatorial bid for James Manager and still could not get his candidate to replace him. We all know the reason but who would talk?

“The governor is Itsekiri and Tompolo is from Gbaramatu kingdom, the Ijaws, so that factor alone is causing problems between them.”