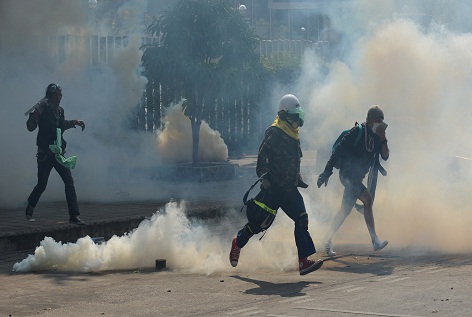 Our eyewitness say the gunshots were fired and teargas deployed as order breaks down at the Lagos PDP gubernatorial primaries which is yet to start at Yard 158, Oregun, Lagos.

Delegates were still coming arriving the venue of the primary, but a large number of area boys had converged at the venue before the violence broke out.

Reports say the situation is much calmer now and party leader, Olabode George and his wife reportedly arrived moments ago