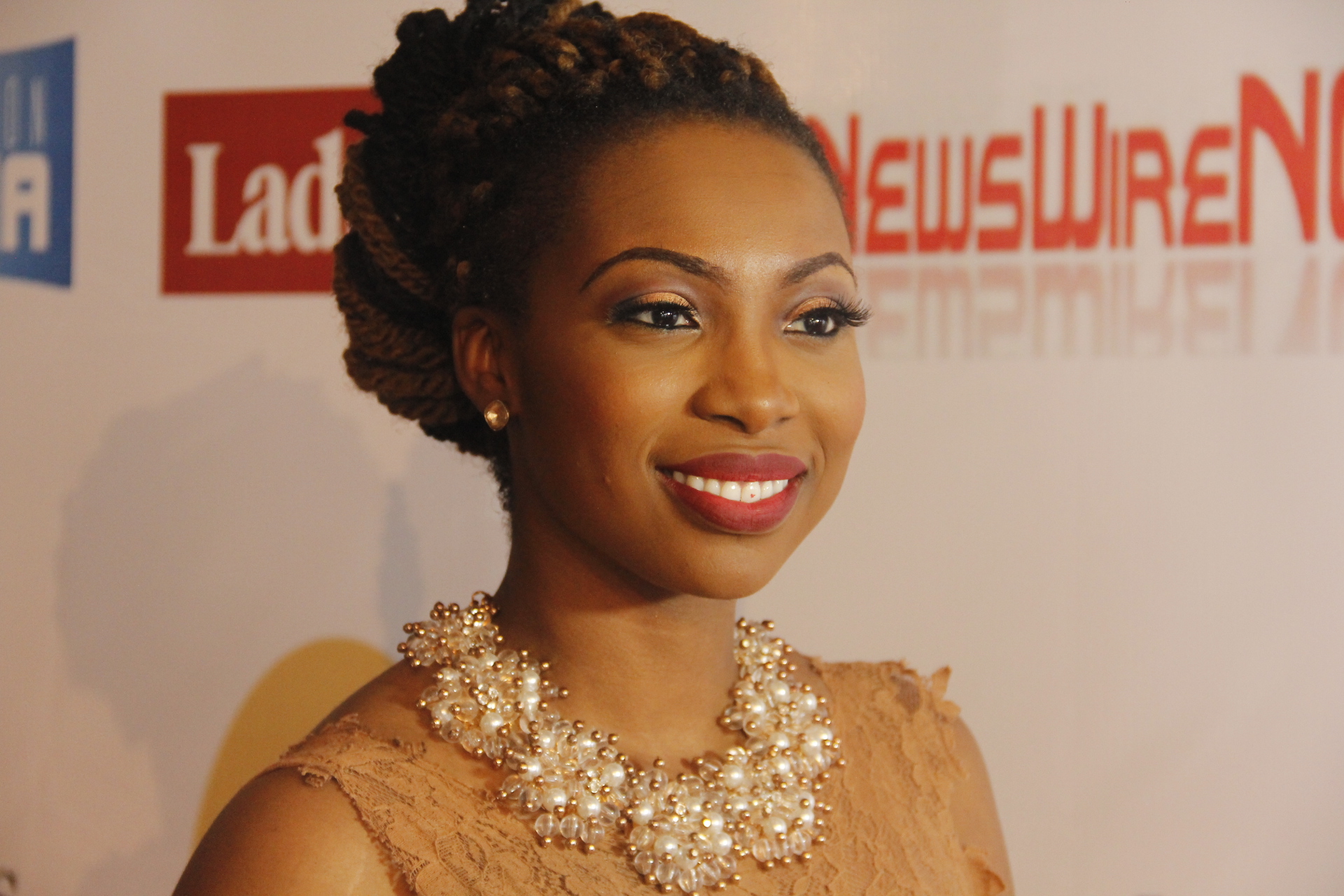 Bolanle Olukanni; host of Moments with Mo and Project Fame rocked a Weiz Dhurm Franklyn dress to perform her duty as the Red Carpet Host of the Future Awards Africa 2014 which took place at the Intercontinental Hotel, Lagos on December 7, 2014.

The new media ‘IT’ girl was styled by Ifan in a chocolate brown Weiz Dhurm Franklyn dress paid with an elaborate neckpiece and simple stud earrings. Her braids were held in a bun and makeup done by Doranne Beauty. 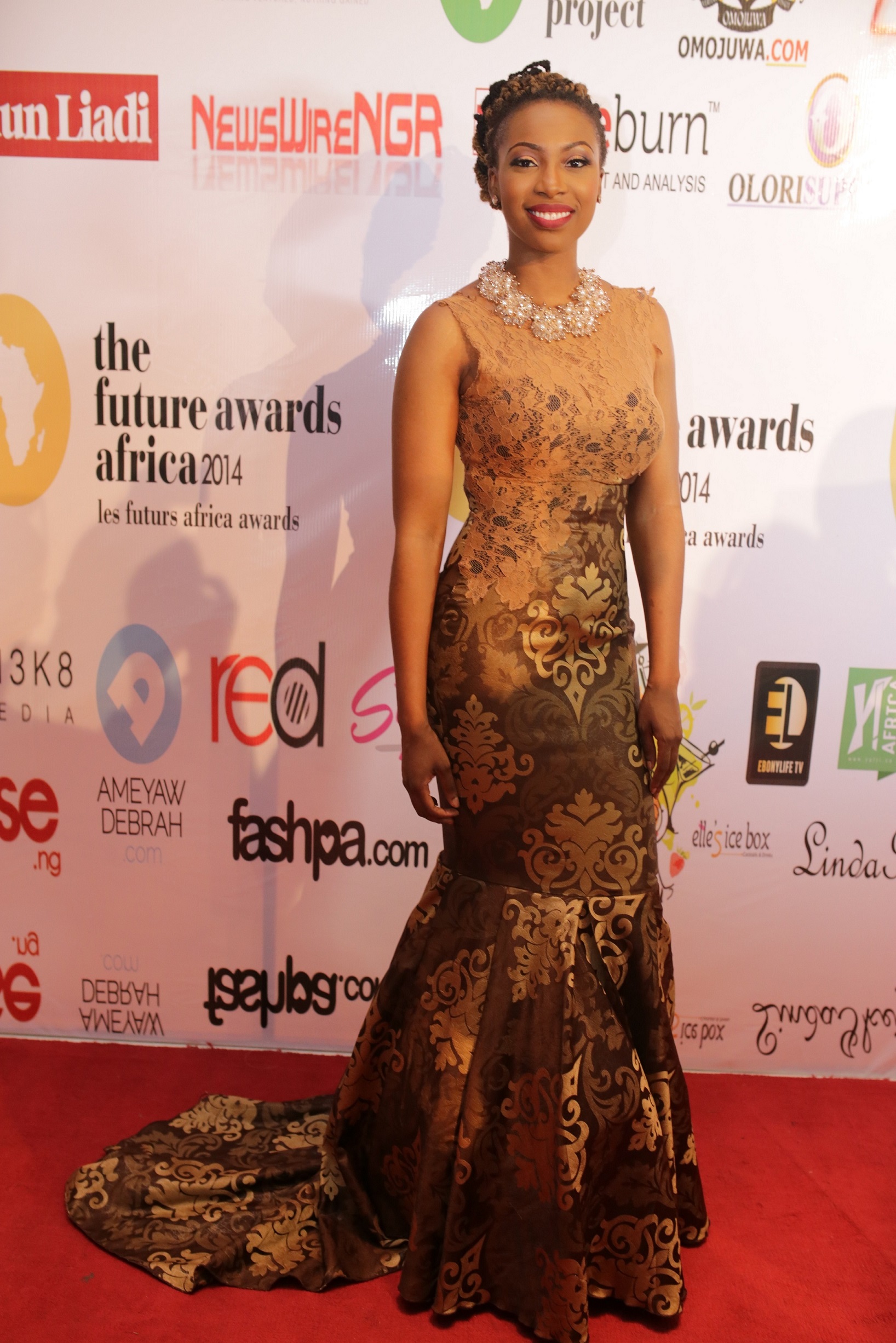 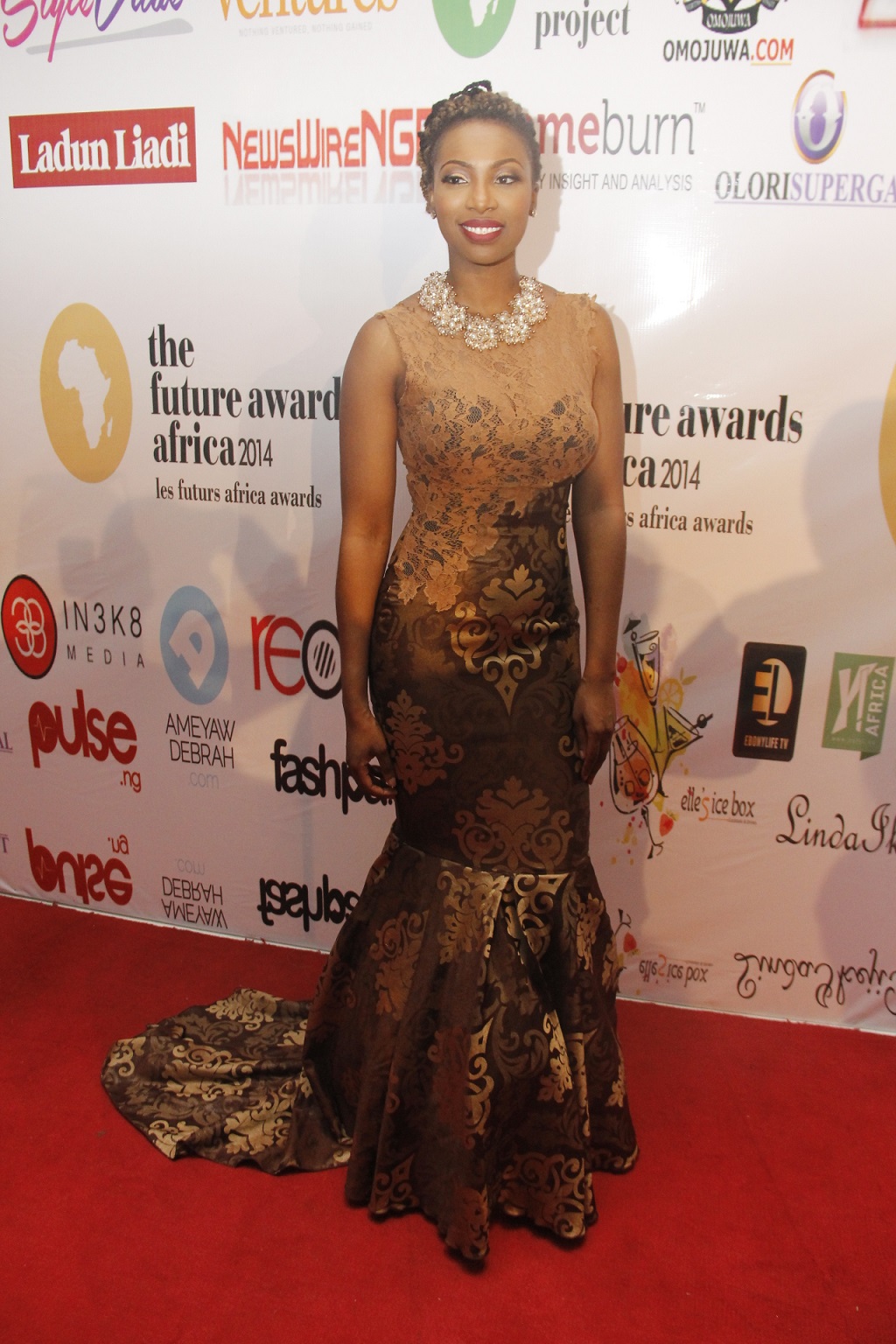 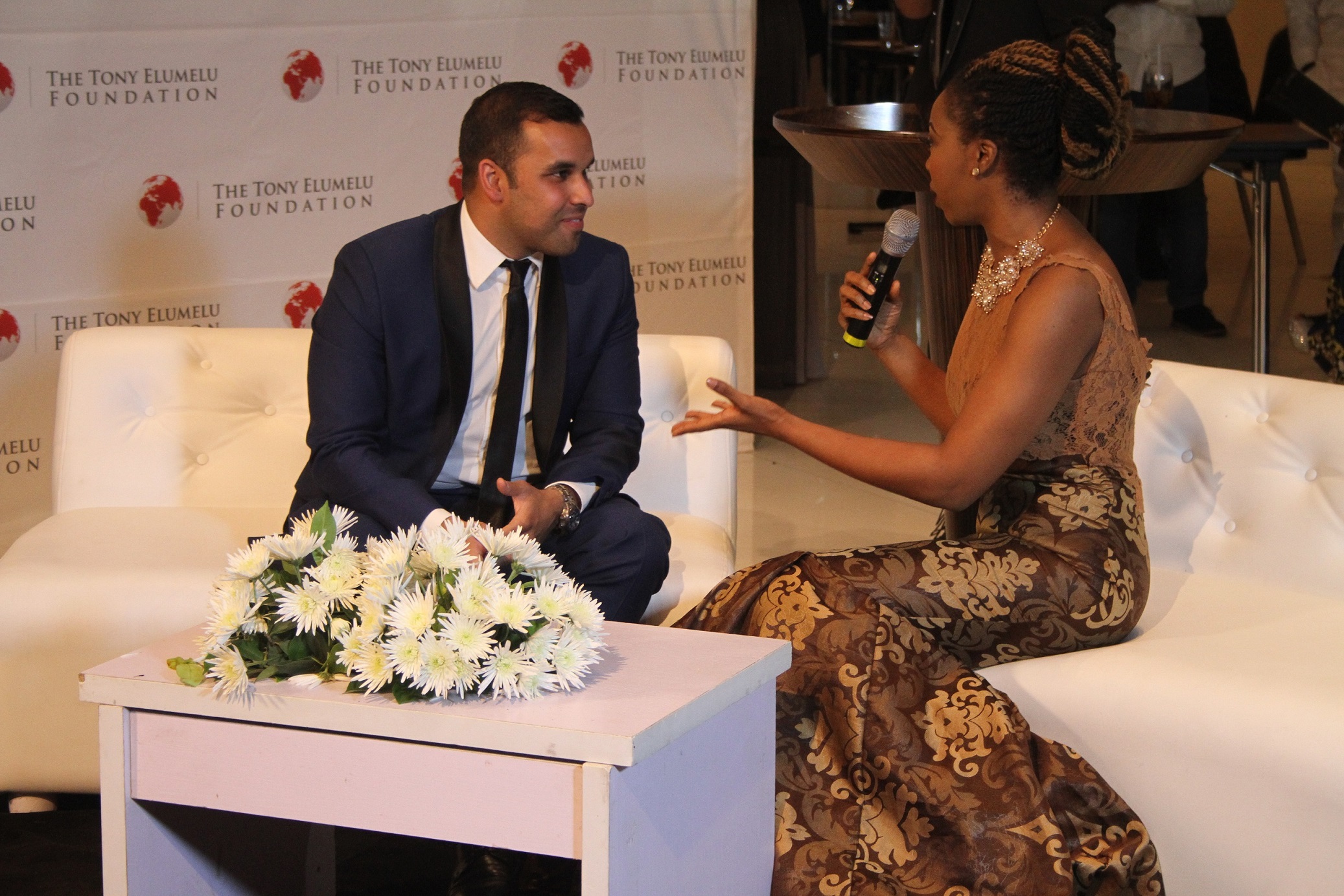 First Photos Of Nigerian Celebrities At The Future Awards Africa 2014