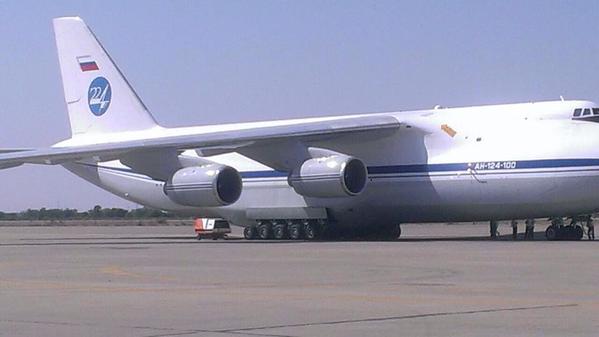 Russian government denies ownership of the plane detained in Kano said to be loaded with arms.

In a statement posted Sunday by the embassy in Nigeria, the government denies ownership of the plane.

According to the information of the Embassy, the detained in Kano plane, allegedly carrying military hardware on board, is not Russian.

Though the Nigerian government through PR Nigeria had alleged it was a Russian made Antonov aircraft with a chopper tucked in it that was apprehended at Aminu Kano International Airport, Kano Nigeria.

PRNigeria, a Nigerian Government official Public relations agency in a statement issued to NewsWireNGR said intense investigation is ongoing including using diplomatic means to unravel the mission of the aircraft, its origin and destination.

Competent security sources confirmed that the aircraft and crew are under protective custody pending conclusion of investigation.

The affected plane was also said to be carrying two helicopters and bullet proof vests.