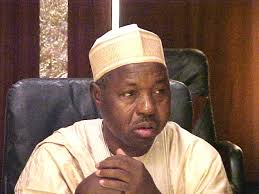 Aminu Masari, former speaker of the House of Representatives, was on Saturday declared the gubernatorial candidate of All Progressives Congress (APC) for the 2015 elections in Katsina.

The News Agency of Nigeria (NAN) reports that 5,266 delegates from the 34 local government areas were screened for the gubernatorial primary election in the state.

He said that the election was free, fair and credible, adding that it was conducted in accordance with the party’s rule and regulation.