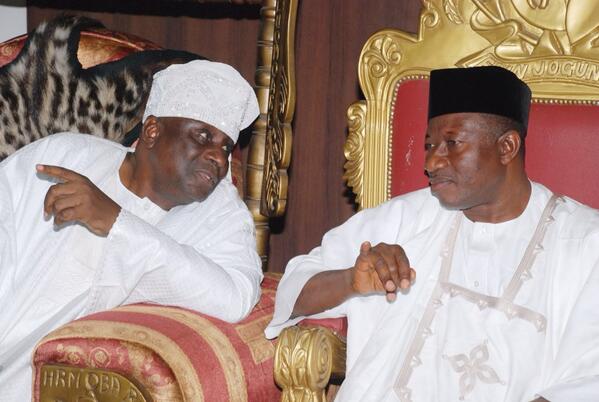 The Oba of Lagos, Rilwan Akiolu, has said the Peoples Democratic Party,PDP, will never produce a governor in Lagos, Nigeria’s commercial capital.

The Oba was speaking as the chief launcher of the autobiography of the former President of the Court of Appeal, Mustapha Akanbi, at the Sheraton Hotel in Abuja on Wednesday where he declared that Lagos would continue to be under the ruling All Progressive Congress, APC.

“Recently, I told Bode George, (Musiliu) Koro and (Adeseye) Ogunlewe that “Look at me o! You will never win Lagos. God will give us another APC governor”.

” After I was retired, some justices of the Supreme court, including Belgore, Uwais and Akanbi came to me and told me that they intend to go and see the president, but I told them with due respect that, that is where God wants me to be.”

“One of them, Wali held my hand, and prayed, saying that within one year, you will see what God will do in your life, and exactly a year later, my father, the late Oba, joined his ancestors.

” Governor Tinubu came and said don’t give anyone any money to be Oba, if it is yours, it will surely come and that is how I became the Oba, even though President (Olusegun) Obasanjo was against me,” the Oba said.

NewsWireNGR recalls how Oba Rilwan public declared for one of APC’s gubernatorial aspirants long before he declared, that pronunciation rattled others who felt an Oba should have stayed partisan in the affairs of the party.

The Oba, who had spoken intermittently in English and Yoruba, said, “We say we are here to do a book launch but we know why we are here. We the elders have met and discussed and the people have said that Ambode will be the governor.

“Let no one misquote me, the others (aspirants) have a right to run. Ambode, may you lead all of them. Ambode is not Ilaje, he is from Epe and a true Lagosian.”