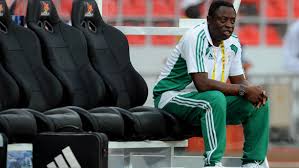 This decision was taken at the Venue Hotel and Suites, Uyo on Wednesday shortly after the Super Eagles failed to qualify for the 2015 Africa Cup of Nations after been forced to a 2-2 draw by South Africa’s Bafana Bafana.

Shortly before announcement, the executive committee apologized to the federal government as well as Nigerians following the Super Eagles’ failure to reach Equatorial 2015.

In the meeting, the body set up an nine-man panel to look into proposals for amendment of the NFF statutes, one of which is to allow the south-east zone produce one more regular member for the present NFF executive committee.

Also, a technical study group was named, a body which will be focused on getting talented Nigerian players into the developmental Leagues in Europe for the purpose of creating a pool of future Super Eagles players.