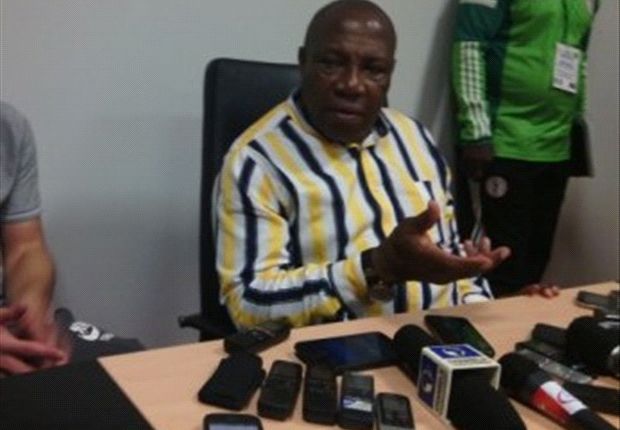 Despite masterminding a spirited display from his boys which ensured the Super Eagles of Nigeria didn’t qualify for next year’s African Cup of Nations,  Ephraim ‘Shakes’ Mashaba was still unhappy at the end of the game.

The South African coach was upset that his boys let a 2 goals led slip. The match ended 2-2 after second half substitute, Sone Aluko grabbed a brace for the Eagles. The Bafana Bafana manager during his post-match comments had this to say:

“It’s so unfortunate but that is football for you. It is a competition and everybody wants the points and it would have been good for us to have won the game ending the series with good number of points but unfortunately we didn’t do that”.

“We lost the game in the last five minutes and we will go back and see what went wrong but on a more serious note, my boys did very well.

“The Nigerian side are a good team too because you can see their tactical awareness and their match intelligence but, unfortunately, my boys were able to stop them.”

Nigeria and Egypt are some of the big names which will be absent in next year’s tournament which will hold in Equatorial Guinea.