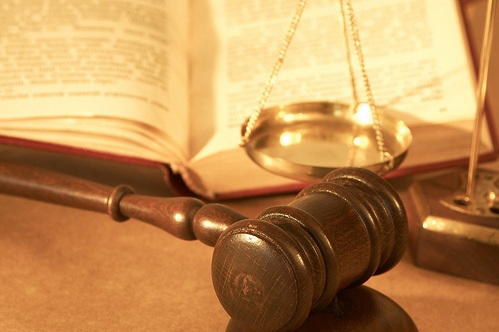 The Code of Conduct Tribunal has on Wednesday November 12, 2014 adjourned hearing of the case involving the Federal Republic of Nigeria versus Bala Usman (Dr), who is a serving Permanent Secretary in the Adamawa State Government to January 14, 2015.

At the commencement of the hearing session, the Counsels to the accused led by B. I. Michika apologized for the inability of the accused (Bala Usman) to be in court and prayed for adjournment to another day. The Prosecuting Counsels led by Musa Ibrahim obliged the Tribunal to grant the request without objection. The Tribunal Chairman Danladi Yakubu Umar (Justice) assisted by two Eminent Juries, Agwadza William Atedze and Robert Ewa Udo jointly granted the request and adjourned the matter to January 14, 2015.

The matter was between Federal Republic of Nigeria versus Bala Usman slated today for continuation of hearing with the expectation that the defence Counsels would make a no case submission. “But the accused was not in the court due to travel difficulties from Yola to Abuja as asserted by the defence counsel.”

Also slated for hearing was the case between the Federal Republic of Nigeria versus Mahmud Abubakar which had the accused absent and the defence counsels demanding for adjournment. The Tribunal adjourned hearing on the matter to January 14, 2015.

The Tribunal at the sitting also adjourned hearing on the case between the Federal Government of Nigeria and the Provost of the Federal College of Education – Kontagora, Oluwogboga Adeasun (accused), who was also absent from court. The Counsel to the accused apologized to the court for the non-appearance of his client, praying that the case be put on sine-die to save the time of the Tribunal as well as that of the prosecuting counsel. He explained that the counsels have since filed their brief at the Court of Appeal on issues concerning the jurisdiction of the tribunal to handle the matter.

The Publicity Department of the Tribunal informed that the Prosecuting Counsels led by Afolashade M. S. Nwobi objected to the application made by the defense counsel, insisting that there was no ruling on the matter at hand; therefore a date should be given for adjournment. In view of the circumstance, the Tribunal took a middle ground by offering long adjournment to March 24, 2015.