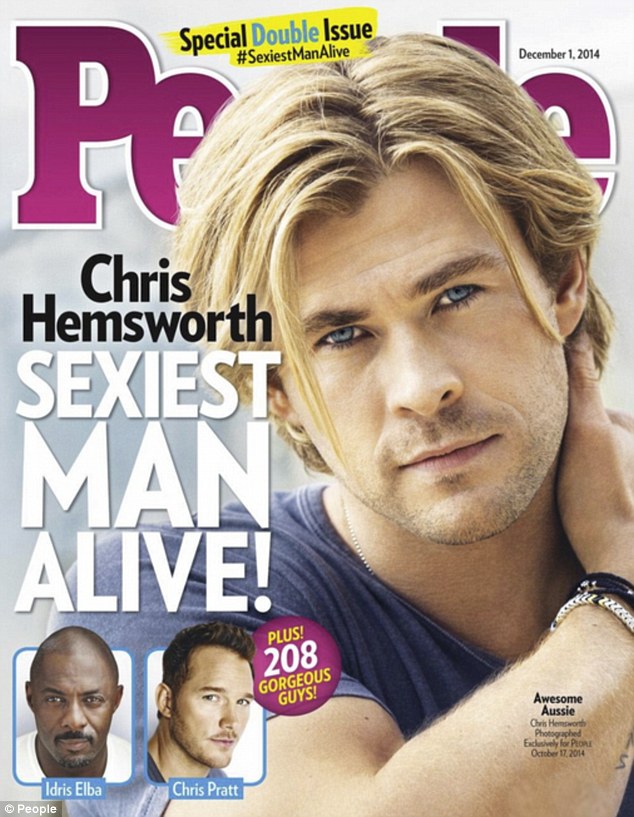 The 31-year-old Australian actor, known for playing an alien told People Magazine he thought the news “bought me a couple of weeks of bragging rights around the house. I can just say to her, ‘Now remember, this is what the people think, so I don’t need to do the dishes anymore, I don’t need to change nappies. I’m above that. I’ve made it now.”

Chris Hemsworth is People Magazine's 2014 "Sexiest Man Alive"! ? Great, but shouldn't our boo Idris Elba be the one with that title? ?