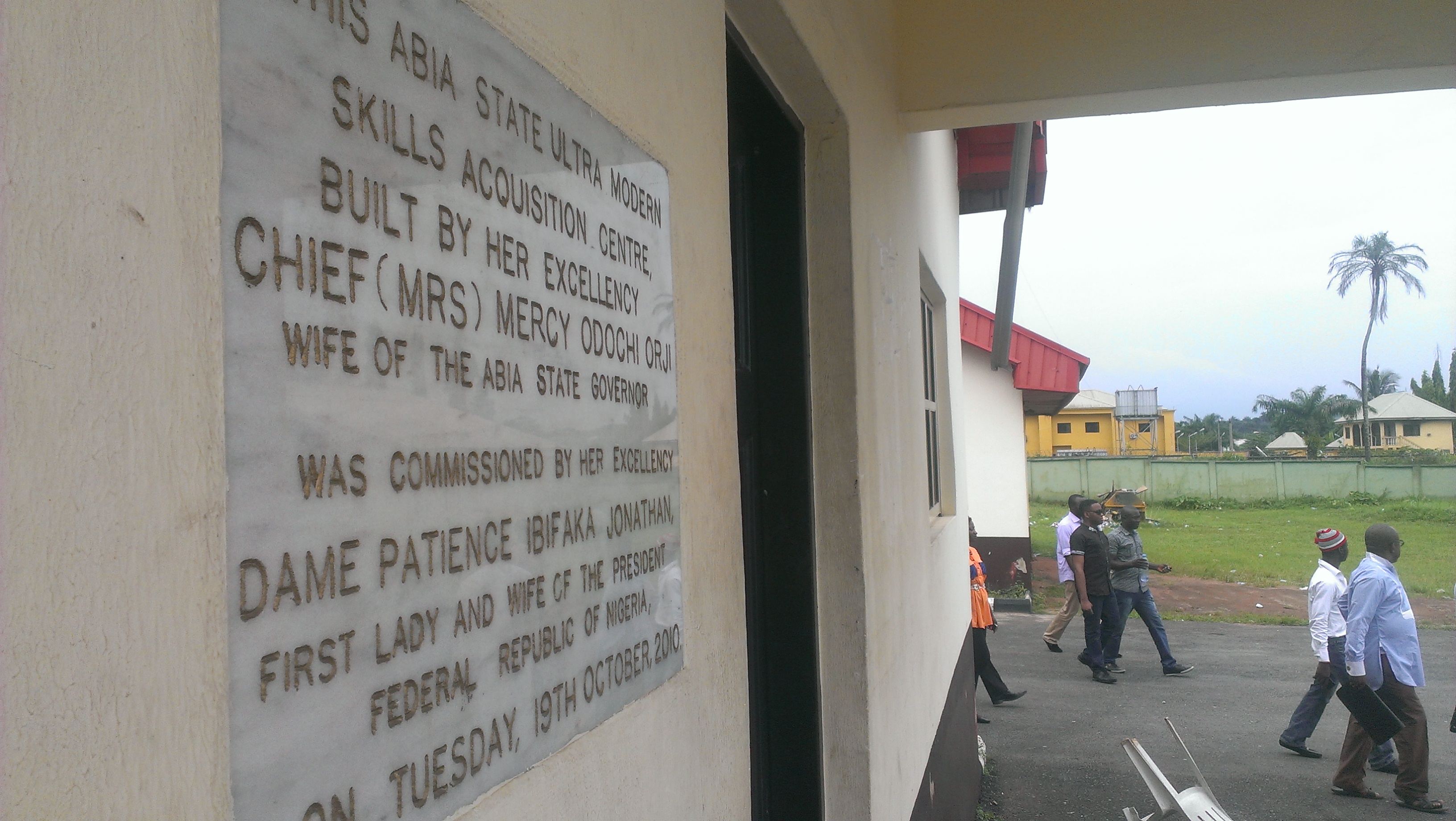 Special Adviser to the governor on e-Governance and Strategy Obed Nnaji stated that the government of Abia state organized the event to ensure that the Orji administration maintains its culture of transparency to the mainstream as well as online community.

The event which began with the arrival of bloggers at the state capital Umuahia on Monday 10th November 2014, commenced with a tour of the Abia State Specialist Hospital the following day, to inspect facilities the governor had installed at the hospital.

Speaking during the tour at the hospital, resident Diagnostic Imaging Consultant Dr. Chima Chukwu stated that Abia state specialist hospital was the only hospital in the eastern region with 6 dialysis machines running twenty four hours a day.

“Not only are you not going to find any hospital with six machines fully operational in these parts, you will not also get treatment as cheap as you can here, because the dialysis cost here has been subsidized to N21,000.”

Chukwu stated that in the last quarter, a hundred and seventy five people had undergone treatment at the dialysis center.

The bloggers also visited the Digital Library Complex recently completed by the state government, the Joint Account Allocation Committee complex, and the new High Court Complex, all at completion stages.

Former commissioner to the state for Information Eze Chikanaya who spoke to the bloggers during the assessment tour of the International Conference Centre (ICC) stated that the Orji administration saw the need for future revenue generation for the state and that the ICC was one of such projects.

“We had a case where Opticians were in Umuahia for their national convention and the previous conference center was only capable of handling five hundred people, so also the hotels all over Umuahia were completely booked.”

“Now we observed that an event of such magnitude trickles down income into the society and if such a body wishes to organize another of such event, it is likely they will prefer a more spacious location.”

He added that the state was already experiencing the ripple effects of the ICC project.

“You can see that over eighteen different hotels have sprung up since the building commenced. These hotels were built by private investors who have seen the advantage of having such an asset on the ground.”

The five day tour is set to climax with an interactive session by the bloggers and the state governor Theodore Amaefule Orji.