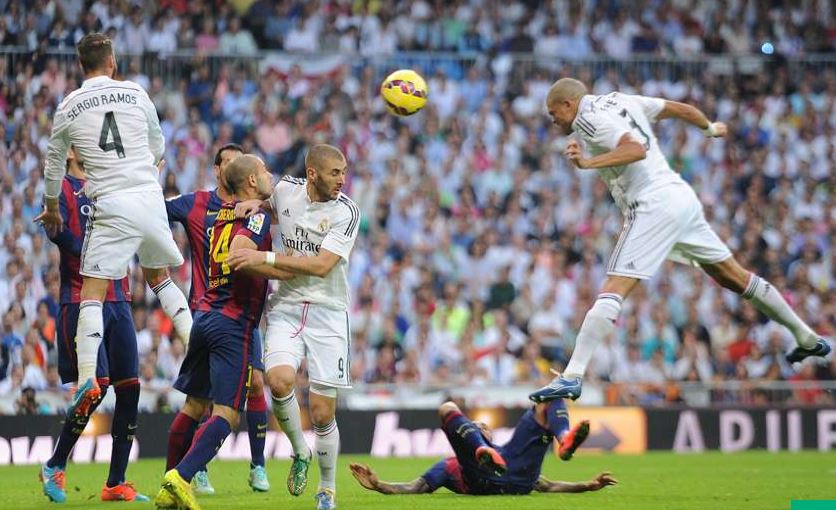 The much talked about El Clasico debut for Luis Suarez has come and gone but ended on a sour note for Barcelona, the team the Uruguayan represents.

Despite going ahead in the 4th minute through a good strike by Neymar, the Catalans began to fall short after Gerard Pique handled a Real Madrid cross in his penalty box and the Madrid side restored parity from the resulting Cristiano Ronaldo penalty kick.

The teams went in at half time with the scores at 1-1 but it was Real Madrid that went ahead next when Pepe scored a powerful header from a corner kick. While Barcelona worked hard to get an equalizer, it was Madrid who went further ahead when a swift counter attacking move resulted in a goal from Benzema in the 61st minute.

It was a relatively quiet debut for Luis Suarez and Barcelona manager, Luis Enrique surprised everyone when he started Mathieu at the left back position ahead of Jordi Alba. Xavi also started the match but was substituted in the second half when Ivan Rakitic came on for him.

The match ended at 3-1 as Real bagged the vital three points.