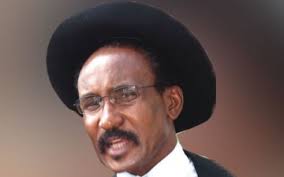 A former Governor of Kaduna state, Col. Abubakar Umar (rtd) has accused state governors in the country of engaging in excessive borrowing to fund next year’s elections.

Umar was the military Governor of Kaduna state between August 1985 and June 1988.

In a statement released on Friday, Umar said: “It has become necessary to alert the nation of a dangerous, indeed an explosive scheme, by which some state governors are mortgaging the future of their states through excessive borrowing from commercial banks and other financial institutions to finance projects of dubious viability.

“The motive is entirely unclear, but one suspects it is either to fraudulently acquire campaign funds, as next year’s elections approach, or retirement benefits. Some of them are also desperately selling off states’ assets, including shares and other long-term investments.”

“In a situation where states’ legislatures have reduced themselves to all but an arm of the executive, it is unrealistic to expect them to check and stop this fraud. We, therefore, appeal to the anti-corruption agencies to intervene.

He then warned the banks against conniving with governors by issuing them the loans noting that the banks must realise that most of the states have lost the capacity to meet financial obligations in their state due to their heavy debt profile.

“We also warn banks to desist from connivance with those governors. They need to be reminded of their civic responsibility and banking ethics to protect the helpless public. They must be aware that most of these states have already lost the capacity to meet their financial obligations due to huge debt burden and diminishing source of revenue resulting from falling oil revenue.

“The bankers must not forget that in the past, collapse of oil prices in the world market have often led to widespread collapse of Nigerian banks, because they never learned to say ‘no’ to prodigal, but cash-strapped state governments in such critical periods.