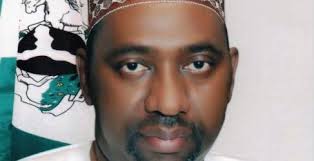 A total amount of N603.5b was shared between the Federal Government, the 36 states and the 774 Local councils in the country for the month of September. The Minister of State for Finance, Mr Bashir Yuguda, announced  this when he briefed newsmen on the outcome of the Federation Accounts Allocation Committee meeting on Wednesday.

While giving the breakdown, he said the amount comprised of the statutory revenue of N463.7bn, N35.5bn Subsidy Reinvestment and Empowerment Programme funds and N6.3bn refunded by Nigerian National Petroleum Corporation, value added tax figure was put at N65.1b, while another N30b and N2.7b from NNPC and the Excess crude cash released to augment shortfall in revenue generated.

Yuguda said that the Federal Government received N217.7bn representing 52.68 per cent, states, N110.4bn, representing 26.72 per cent while the local councils received N85.1bn, amounting to 20.60 per cent of the amount distributed.

He also disclosed that N43.7bn, representing 13 per cent derivation revenue was shared among the oil producing states. He also said that the country improved on its VAT  with revenue collected for the month increased by N3.5bn, rising from N61.5bn recorded in the preceding month to N65.1bn.

The minister said that the nation generated N374.7bn as mineral revenue during the period as against N441.9bn generated in August, adding that the performance indicated a marked decrease of N67.1bn between the two months.

“The non-mineral revenue for the month of September is N127.3bn, which when compared to the N159.7bn generated in August shows a decrease of N32.3bn.

“FIRS received N3bn and the Nigerian Customs got N3.6bn as their cost of revenue collection for the month of September,” he said.

Commenting, the Chairman, Finance Commissioners Forum, Mr Timothy Odah, expressed concern over the continued dwindling of the federation’s revenue. He said that the country is not broke as the economy remains robust. he said that over dependence on oil must be stopped.

“We need to stop depending so much on oil due to the volatile nature of oil prices at the moment.