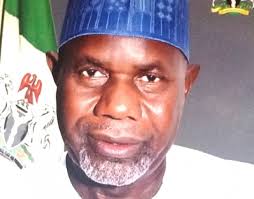 The Taraba State House of Assembly has passed a vote of confidence on the acting Governor, Alhaji Garba Umar.

While passing the vote on wednesday, they said that the acting governor and the speaker of the house, Hon Josiah Kente  deserved commendation based on the matured manner they have exhibited in handling the affairs of the state.

The development was sequel to a motion brought under matter of urgent public importance by the member representing Ibi constituency, Hon Mohammed Abdulkarim, which was unanimously passed by the members present.

16 members of  the assembly endorsed the motion and expressed satisfaction at the way the Acting Governor and Speaker have maintained sanity in the state despite the distractions caused by the premature return of Governor Danbaba Suntai.

The members also stressed that the cordial relationship between the acting governor and the assembly was made possible by the leadership style of Kente and his team which has also ensured that both arms of government work together in the interest of the people of the state.

Meanwhile, all the four members of the All Progressives Congress in the assembly formally announced their defection to the ruling Peoples Democratic Party (PDP) on the floor of the assembly. The four members are former minority leader, Hon. Ibrahim Imam (Jalingo I), Hon. Aminu Umar (Jalingo II), Hon. Mohammed Abdulkarim (Ibi) and the former minority whip, Hon Yahaya Abdulkarim (Gassol II).

The defection of the four opposition members, who until their defection are being viewed as PDP members by proxy due to their romance with the party finally sounds the death knell of opposition party in the assembly.
Welcoming the decampees to PDP, the Speaker commended them for taking the initiative and assured them that as a political party that gives all members equal opportunity, their interest would be adequately protected.

It will be recalled that despite coming back into the country, Governor Danbaba Suntai has not step foot in the state. Umar declared him missing last week, although he later denied it saying he only meant to say he has not set his eyes on his boss.

Forget What My Aides Have Said, I’m Not Running For President – Oshiomole

He Does Not Have Deep Pockets But He Has Clarity Of Vision, Aide Explains Why Oshiomole Is Running For President