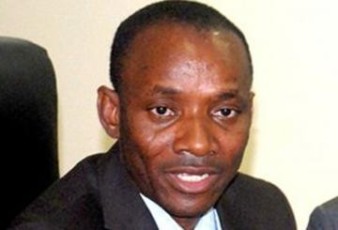 NERC has also set a deadline of October 17 for the 11 Discos to remit the money and submit evidence of payment. It warned that defaulting Discos will incur a fine of N10,000 for every hour of default period until the remittances are actually complete

The reports shows discrepancies in the account of the companies.They only took over from PHCN in November
The report directed that the 11 Discos remit the said N19.328 billion to the Federal Inland Revenue Services (FIRS), the Nigerian Electricity Liabilities Management Company (NELMCO) and the Operator of the Nigerian Electricity Market (ONEM).
The Commission is also  asking for responses on observations of inappropriate operating and Capital Expenditures (CAPEX) valued at N9.965 billion incurred since take over, 12 months ago.

Daily Trust reports that NERC had written to the Discos directing them to pay N14.380bn to NELMCO as well as 13% interest annually from December last year, and that  N3.058 bn VAT be remitted to the FIRS.

The electricity regulator said its Open Book Audit system was conducted to ascertain the level of compliance of the Discos with the rules for the interim period of the market which was set up shortly before government’s handover of the PHCN assets to successful owners which was also amended in April.
Officials of NERC said the audit looked into the appropriateness of the Discos expenditures under the review period and its findings were collated along with responses of the Discos regarding the appropriateness of their operational and capital expenditures.
NERC questioned Kano Disco’s payment of N670million to Northwest Power from its central collection account as well as N778million and N453million it expended on 40 transactions and payment for management services.
NERC chairman, Dr. Sam Amadi confirmed the commission had audited the firms and that it was necessary for  evaluating market performance.

Nigeria To Pay N45b On $1b Loan Taken To Fight BokoHaram