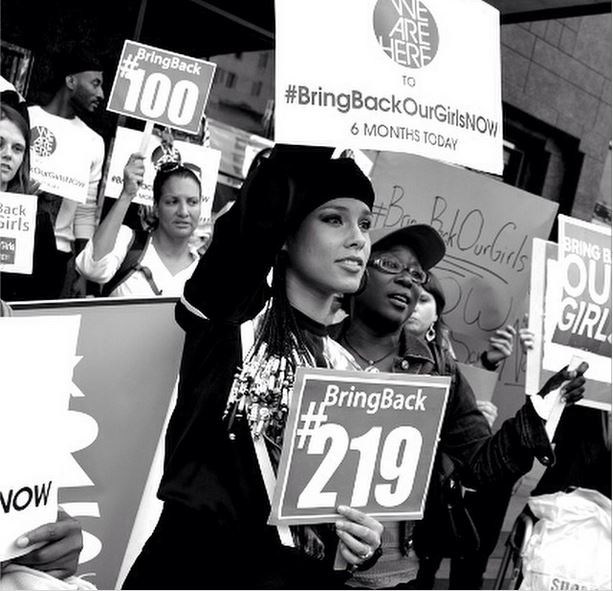 American singer, Alicia Keys is championing a noble cause; she is calling on the Nigerian government to ensure the release of the Chibok school girls who have been in the custody of terrorist group, Boko Haram since their abduction on the 14th of April, 2014.

The singer was at the forefront as she led women who marched to the UN headquarters in New York City as they called for the release.

It’s my son’s birthday today which makes me feel even more in solidarity with the parents of the Chibok girls in Nigeria who were abducted 6 months ago today by Boko Haram. They are still missing!!! At the moment of this rally those parents were marching on the Presidential Palace in Abuja to call on Goodluck Jonathan to pay attention to what can be done to free those girls from a situation too horrible to imagine. It’s difficult and it won’t be easy but we have to keep the pressure on because these girls represent all the girls being kept from an education, they represent all girls who are looked upon as property and they represent rape and violence against women as a weapon of war all over the world!