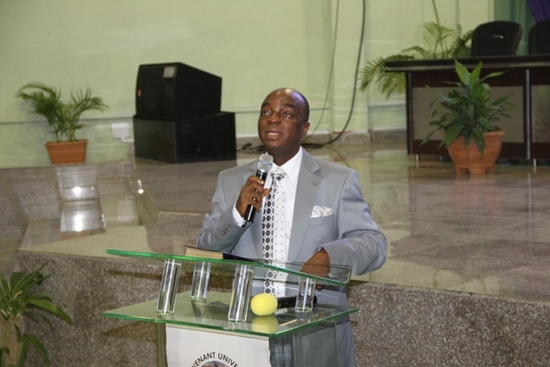 When asked about the $150 million Forbes’ estimate of his fortune, he said, “For me, to have fortune means someone who has what he needs at any point in time.

I don’t see myself as having $150 million stacked up somewhere. Whatever way they found their figures, I am only able to say I am blessed by the Lord.”

He added that he could not estimate the church’s total revenues or expenditure on items such as salaries because the various departments, including education, were too diverse. Winners Chapel’s Corporate Affairs department told Reuters that the church has employed more than 18,000 people in Nigeria alone.

On the ongoing investigation by Britain’s Charity Commission which says it is reviewing potential conflicts of interest in his finances(with a move last month barring him from UK), Oyedepo further told Reuters he knew nothing of the commission’s review, nor had the Home Office explained to him why he was barred.

On taxation of churches, Oyedepo said, “There is no single government input on this premises. We supply our water, we make our roads, then you … say: ‘Let’s tax them’. For what?”