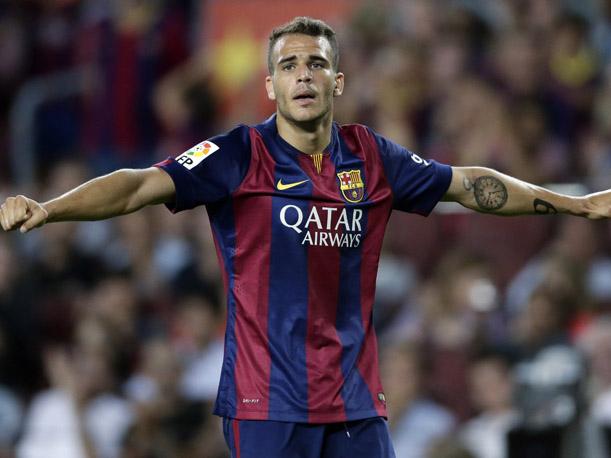 Barcelona teenager, Sandro Ramirez was on target once again as the Catalan giants brushed Levante aside on Sunday in a 5-0 victory. Despite scoring his second goal of the season, Sandro is more interested in seeing former Liverpool attacker, Luis Suarez do well for the club when his ban comes to an end on the 25th of October, 2014.

The 19 year old is confident that Suarez will do well for Barca and will be a big lift to the entire team.
Speaking to AS, he had this to say about the Levante match:

“We dominated the whole game and in addition we took advantage of the chances we had.“The goal is important but, above all, I’m happy about the three points.”

Here’s what he had to say about Suarez’ possible impact when he resumes action for Barcelona:

“He’s a great player,”
“He is sure to have a very good season when he comes into the side.