Drogba Did Not Disappoint - Mourinho 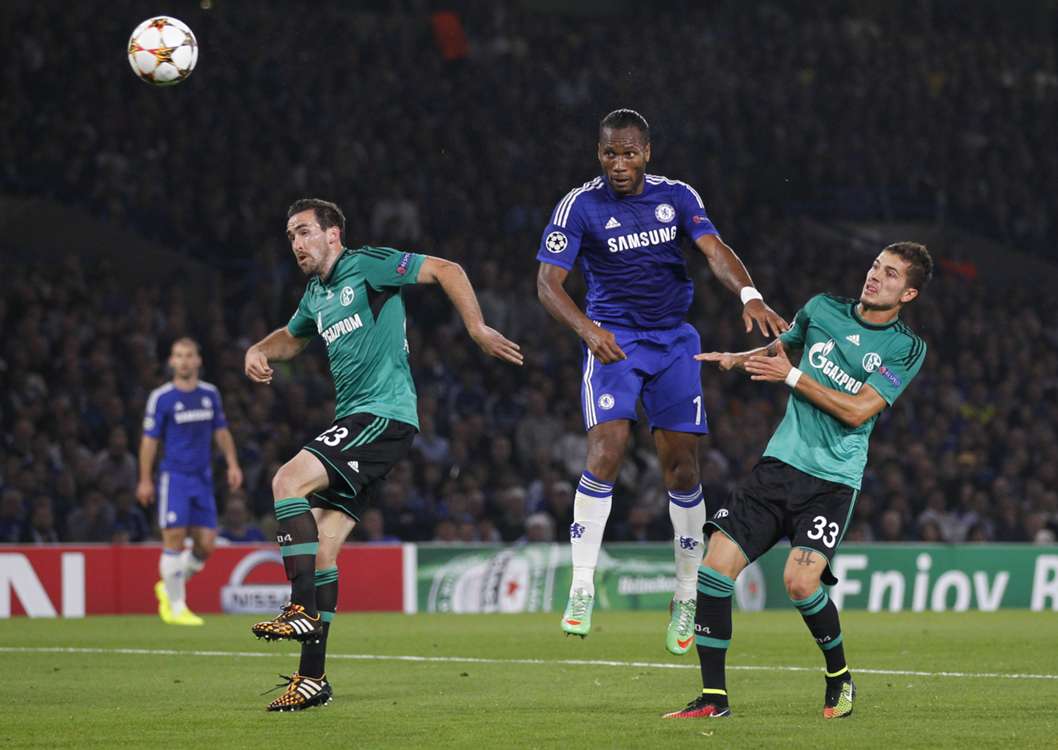 Despite being unable to convert any of the chances created for him during Chelsea’s disappointing 1-1 draw in Wednesday’s Champions League match against Schalke, Jose Mourinho has refused to criticize Ivorian, Didier Drogba.

While Diego Costa and Loic Remy started from the bench, Drogba was given the nod to lead the attack but he could not provide the goal which would have given his side the three maximum points.

Speaking to reporters after the match, Mourinho had this to say:

“He had a positive game. I’m not disappointed with the striker because of one inch, he scores a goal or doesn’t score a goal.

“After the 1-1 we had a fantastic reaction and chances to win the game but that’s football, that’s Champions League, that’s normal.

“Congratulations to them because they got their objective. Yes, a little bit of frustration for us because we did everything to win and we couldn’t.”

Diego Costa is expected to to return to the starting lineup when Chelsea face title rivals, Manchester City on Sunday in a Barclay’s premier league match.

Varane To Remain At Real Madrid Till 2020, Signs New Contract