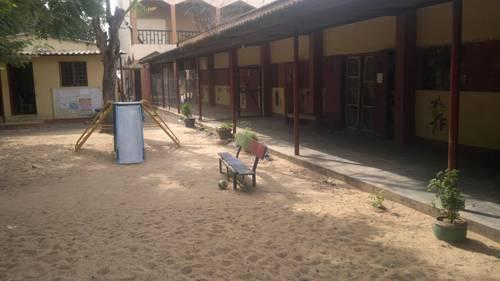 Thereafter, they began sporadic shooting outside the premises. Police team from a nearby Tactical Operations Point responded and shot dead the two (2) insurgents. Their AK 47 rifles were recovered.

On examination of the scene of the explosion, fifteen (15) dead bodies were recovered, while thirty-four (34) injured were taken to hospital for treatment.

The Police has sealed the scene of crime and commenced investigation.

Today at about 12noon, a group of villagers in Kamba, Kebbi State, were about to lynch a national of Niger Republic, named Adamu Gaya, on suspicion of involvement in an alleged ritual murder of a young girl.

The Police rescued and brought him into protective custody. However, irate villagers attacked the Police station and destroyed the communication base. They also burnt two (2) Police vehicles, and nine (9) motorcycles. Also smashed were the windscreens of four (4) cars parked at the premises. The mob also burnt the official residence of the Divisional Police Officer. In the attack, four (4) persons lost their lives. Eighty-nine (89) persons have been arrested for the violence.

The Inspector-General of Police, Ag.IGP Suleiman Abba has therefore called on citizens not to take laws into their hands rather they should assist law enforcement officers in maintenance of law and order in the society.

“For 2015, There Is No Vacancy In Aso Rock” – Babangida Declares For Jonathan