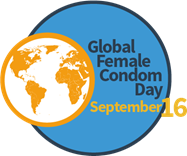 Federal Capital Territory, Nigeria – September 16th marks the third annual Global Female Condom Day themed ‘Dance4Demand’ by the Global Female Condom Coalition. As the theme implies, the day will be celebrated by dancing to call for and create awareness for the demand of female condoms. Although female condoms play a vital role in improving reproductive health, they are also the only method available today designed to offer woman dual protection from pregnancy and sexually transmitted infections. The availability and distribution of female condoms has increased significantly in the past few years. In 2009, around 26 million female condoms were provided through international and nongovernmental funding sources, compared to 10.7 million in 2006. However, the global distribution of female condoms is still far less than that of male condoms as it is currently not a well-known product, with only 13% of persons having heard of the female condom, and much fewer having ever used one.

Nigerian partners in female condom programming have a collective approach to ensuring its popularity and correct use all over Nigeria. The Federal Ministry of Health galvanises the general working environment for implementing activities. SFH currently creates demand through innovative mass media campaigns and advocacy to key community and opinion leaders and distributes female condoms nationwide. SFH is also documenting experiences and making this information available through experiential learning and linking. ARFH and EVA are currently implementing the Female Condom Advocacy Project which is aimed at advocating for the scale up of female condom programming as an integral path of family planning programmes in Nigeria. CiSFP and Pathfinder are engaged in promoting the use of female condom in their target intervention sites.

UNFPA last year donated four million female condoms to Society for Family Health as part of its efforts to increase access to the condoms; noting that female condoms should be as easily accessible as male condoms all over Nigeria. ARFH and EVA, partner specialists in health advocacy have since last year provided advocacy support for female condoms in Nigeria.

The Federal Ministry of Health with support from United Nations Population Fund (UNFPA), Society for Family Health (SFH), Association for Reproductive and Family Health (ARFH), Education as a Vaccine (EVA) and Oxfam fights to halt the spread of HIV by delivering condoms to groups who need them most.

SFH commenced implementation of the UAFC programme in Nigeria in 2008, and has sold over 300,000 female condoms over the past 2 years. UAFC has signed the contract for the UAFC Phase 2 programme with Oxfam Novib. The goal of the UAFC Nigeria Programme is principally to increase knowledge on the female condom and improve uptake across Nigeria.UAFC Nigeria, in the previous phase, was implemented in three focal States which are Delta, Edo and Lagos. In this new phase, two new States have been selected and added to the existing UAFC focal States; the new states are Rivers State (in the South-South Zone) and the Federal Capital Territory-Abuja (North-Central Zone).

The effectiveness of the female condom cannot be over emphasized as when used perfectly, its failure rate is below 5% and it can be inserted up to 5 hours before sex. The female condom is inserted into the vagina rather than over the penis. The principle behind its operation is basically the same as the male version: it provides a barrier to the exchange of bodily fluids during sexual intercourse that can lead to HIV transmission. Strong grassroots intervention, interpersonal communication and elimination of inhibiting cultural and social beliefs are keys to promoting increased female condom use in Nigeria.

Country programme activities for Global Female Condom Day will hold from October 13th to 16th and will include providing support for large scale female condom programming in Nigeria.

Water Management Is A Key Driver To Economic Development – Min. Of Water Resources