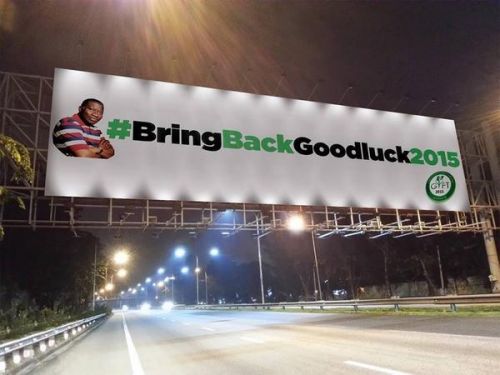 Transformation Ambassadors of Nigeria (TAN) has lambasted the All Progressives Congress (APC), describing the opposition party as a product of political nincompoops and scallywags.

Reacting to the statement credited to the National Publicity Secretary of APC, Lai Mohammed, TAN director of publicity and public affairs, Dr. Udenta O. Udenta, noted that castigation of TAN nationwide zonal rallies by the APC were what he termed, “a classic example of the Talibanization of Nigeria’s political discourse space”.

“TAN does not really have all the time to waste on beings the late Rt Hon Dr Nnamdi Azikiwe described in 1978 as the political nincompoops and scallywags of contemporary Nigerian politics, but spur them not just to take their message to the South East, South West, South South and the North Central geo-political zones, but the remaining two zones.

“Lai Mohammed’s primitive tantrums, schizophrenic political mindset; the type that produces a duality of irreconcilable visions, perverse sense of judgment and cess-pit narrative and discursive mode will not deter us from accomplishing our set objective.

“The rallies have come to stay and those who don’t like them just have to live with them for the sake of their sanity and move on to other, hopefully, noble political pursuits.

Udenta said they will not be discouraged by the criticisms and that the APC is “crippled intellectual sterility and strategic imbecility, which have made them incapable of constructing a platform that will give TAN a run for its money, energy and efforts”.

in the past three and half years, or just one OP-ED refuting the veracity of our presentations.

“What is served us daily from Lai Mohammed’s Verkhovenskian imagination is the torrent of well rehearsed falsehood, empty political prattle, pompous self-enfoldment dressed up as political fact, self-righteous indignation that bothers on pious cant and excess of bellicosity demeaning of a democrat.

“As we await just one deconstructive reading of TAN by the APC we will resign ourselves, as Nigerians have already done, to Lai Mohammed’s stale mythologies of politics and power and gross ritualisation of inconsequential political fables which have no bearing to truth.

“Lai Mohammed and the APC have made so much noise about the sources of TAN’s financing without providing one shred of evidence to back up the torrents of abuses, insinuations, innuendoes, and outright accusations that flow steadily from their very voluble and fertile imagination.

“The fact remains that TAN has neither sought nor received a kobo from the Federal government, all its ministries, agencies or department in executing its programmes and projects.

“For those who play politics with terrorism and extremist insurgencies we leave them to their conscience. For those who denigrate the person and office of the President of the Federal Republic of Nigeria on a daily basis, no matter the degree of divergence of political opinions and the struggle for power, we leave them in their world of political prodigality, infantile delusions and perfidious political enterprises.

“For those who desecrate the homestead abroad in search of vainglorious fame and the accolade of foreigners, we will not call them traitors but we know they are no patriots. The APC would be happier if our national values were turned upside down and “we cease to walk tall and proud as a free people”.

Senate Leader, Ndoma-Egba Explains How He Spends N73m On Scholarship For Students In CRS