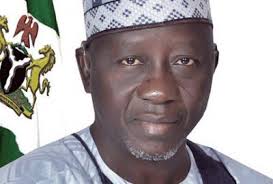 The Nassarawa State House of Assembly has accused Governor Tanko Al-makura of sponsoring the crisis in the State and that the House will not attend the peace talks scheduled for today.

At a press briefing held at the Assembly complex in Lafia, the state capital, the lawmakers asked the society to hold the government responsible for the lost of lives in the state.

The Chairman of the House Committee on Information, Security and Special Duties, Mohammed Baba Ibaku, said members of the Assembly resolved not to attend the meeting because the Governor has refused to act on the House’s resolutions on security issues in the state.

According to him, “The House resolved categorically that we are not going to attend that meeting. The governor planned, incubated and hatched crisis, you cannot impregnate a woman and deny the child. Let him face it.”

Ibaku stated that instead of attending Al-Makura’s peace and security meeting, they could go to their constituency to preach peace.