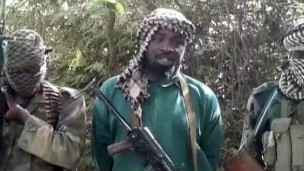 When the first bomb went off on October 1st 2010 many could not fathom the possibility of a bomb going off anywhere in Nigeria let alone being targeted at innocent civilians on the streets of Abuja but in effect, that was the dawn of a new era in our dear nation, we were rudely awakened to the reality of our vulnerability and negligence to issues that ought to have been tops on our priority list as a nation. We have simply been riding the proverbial tiger for too long not to end up in its belly.

When the renegade group called Boko Haram began their deadly and evil campaign, the critical part of our polity where blinded by the politics of self and regional interest to even see the red flag that was waving glaringly at us all, a warning of an impending danger brewing right in our midst. Like I said in an earlier write up, we have repeatedly run the red-light for too long to be perplexed at any ensuing accident.

Late in 2011 Arewa transformation and Empowerment initiative (ATEI) conducted a survey in the North-West, North Central and some parts of the North East states to document the activities and nature of some Almajiri Schools from which we produced a 30 minutes documentary and the revelations were alarming and startling. We found hundreds of makeshift schools with thousands of young children being tutored by unqualified teachers in very dehumanizing conditions. The point I am driving at here is in the fact that we have a growing population of young unskilled and uneducated population that have been neglected by the system in the last 3 to 4 decades in Northern Nigeria in the midst of dwindling economic opportunities especially in the North East. This breeds an army of unemployed, uneducated, semi educated (in some cases) and disenchanted population of young people who in many cases have never experienced any parental care or love whatsoever, a ready tool to be used by any evil minded person or group with an agenda.

The Nation and most especially the northern leaders were either oblivious of this time bomb we were sitting on or cared little from their respective comfort zones, spending their resources and energy instead on a quest for power and control of the center while the North continued to plunge deeper into an abyss of economic backwardness over the decades. It was this realization and an increase in the attacks by Boko Haram that prompted our call for the Northern IMPACT summit in 2012 where we sought to chart a new direction for the North with the consensus that our greatest asset is in our young population and we must begin to invest in building their capacity towards prosperity. Unfortunately, to this call we received little or no support from Northern leaders as we went ahead to begin implementing the Arewa Youth Empowerment Program. The truth is, if we do not give our young people something to live for, someone will always give them something to die for. Like the former minister of youths, Bolaji Abdullahi, said in an article recently, “ as long as we continue to breed an army of young people who feel excluded from the enjoyment of this life, visions of a better hereafter will always be a goal worth dying for’’.

The narrative of Boko Haram and their sinister campaign of terror in Northern Nigeria reeks with the stench of an invisible hand whose tactics is to stir up an uprising or anarchy in the midst of which they can achieve their ominous goal known only to them, any discerning mind can see the writing clearly on the wall.

At first they played the religious card by selecting and bombing churches and mosques in cities like Kaduna and Jos that have a history of religious crisis in the past with a propensity for reprisal attacks that mostly usually end up spiraling into mayhem of untold violence. When this tactics did not yield the desired result for the insurgents, they went ethnic, bombing luxury buses laden with innocent travelers going to the east in Kano. This unprovoked attack would have sparked series of reprisal killings in the South East in the past but luckily we were able to avert that mostly because Nigerians are a lot more informed today about the real intent of these bandits. Lately the attacks have taken a clearly political dimension, targeting soft targets, shopping malls, markets, motor parks, viewing centers etc. clearly designed to instill fear and apprehension among the populace and also pitch the people against the government and security agencies with an ultimate goal of inciting public unrest.

Their joker so far is the attempt on the lives of the former head of state Gen. Muhammadu Buhari and the renowned Islamic cleric Sheikh Dahiru Bauchi recently in Kaduna; both men have a near fanatical followership in the north and by their antecedence, very active and vocal on contemporary issues. Had they succeeded, all hell would have broken loose in the north with accusing fingers pointing in all directions but we thank God that they did not succeed. They have targeted and succeeded in assassinating in some cases some high profile individuals in the recent past all with the same intent. The abduction of the secondary school girls in Chibok was yet another strategy by the insurgents to whip public sentiments and also create a human shield for themselves while they pursue their campaign of terror.

It has become obviously clear that this insurgency clearly has no religious or ethno cultural ideology but rather a sinister political agenda achievable only by plunging the country into a civil war that will threaten the unity of Nigeria. Whatever their real motives, obviously it is only achievable in the midst of total anarchy and we must never grant them this goal. They have clearly identified our fault lines as a people to be religion, ethnicity, and political sentiments as the very tools with which they can use to achieve their evil goals.

This is the time we must close ranks as a nation united against this evil that is threatening our existence as a nation. We must throw our support to the men and women who put their lives on the line just so we can be safe. This is not the time for political grandstanding or partisanship, we must realize that there is an enemy within that is benefitting from our disunity.

I have always reiterated the fact that this is not a battle that can be won by boots and guns alone but a combination of soft and hard approach. We must begin to lay the foundation that will begin redressing the socio-economic crisis in the north that has created the enabling environment for this insurgency to thrive especially in the North-East. I think that it is only a long term socio economic solution that can solve this problem permanently and I believe that the recently announced Presidential Initiative for the North-East (PINE) is one of such solutions that if properly managed, will redirect the region towards prosperity. We cannot afford to indulge in a blame game and unnecessary criticism while our streets are awash with the blood of innocent citizens. We must all wake up to a collective responsibility as a people determined to root out this evil from our midst.
___________________________________________________
Mohammed Danjuma
President Arewa Transformation and Empowerment Initiative (ATEI)

Oby Ezekwesili: Not Without Our Daughters