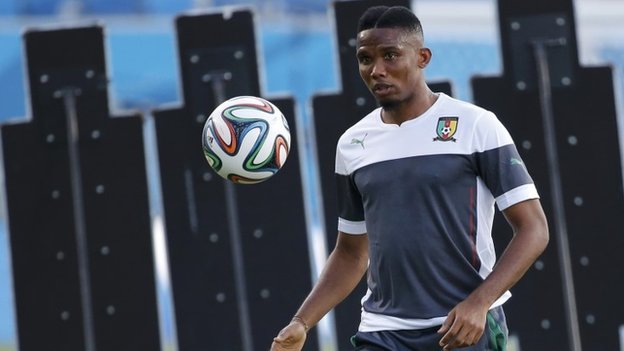 Everton are close to agreeing a two-year deal for striker Samuel Eto’o after he was released by Chelsea at the end of last season.

Liverpool had been interested in the 33-year-old Cameroon international, BBC reports.

But the completion of their £16m move for Mario Balotelli left the way clear for Everton to hold talks with Eto’o.

Talks are ongoing but Everton could sign Eto’o in time for him to be in line for a debut against his old side at Goodison on Saturday.

Everton have already signed Romelu Lukaku from Chelsea for £28m this summer and taken Christian Atsu on loan from the west London outfit.