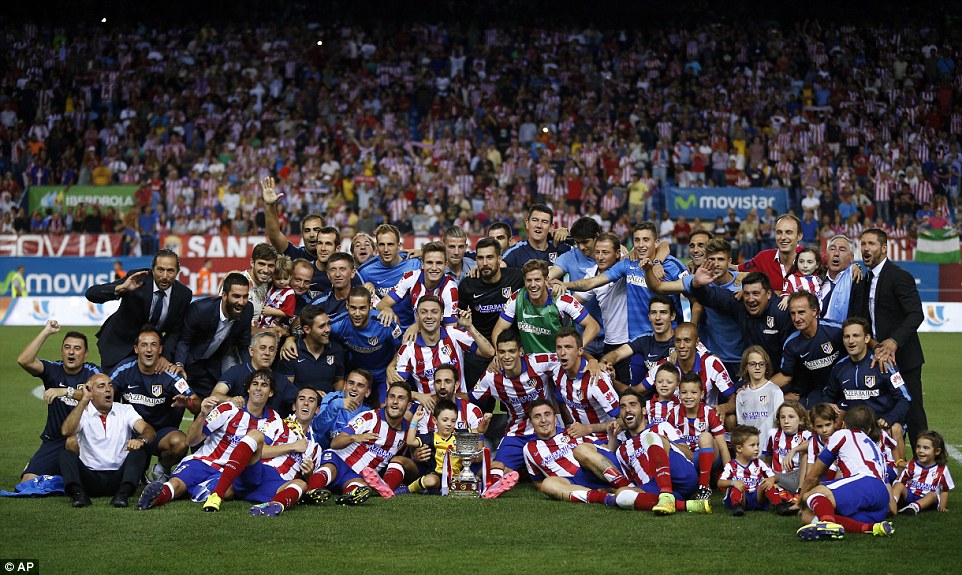 It seems to be the beginning of another new successful era for Atletico Madrid as they defeated their neighbours Real Madrid 1-0 (aggregate 2-1) last night to lift the Spanish Super Cup. The only goal of the game came just 81 seconds after the game had kicked off and the scorer was Atletico’s new striker, Mario Mandzukic.

Angel Di Maria and Sami Khedira were missing in action and this will further fuel the transfer rumors surrounding the duo.

Atletico Madrid looked so solid and well organized from the start to the finish and were able to keep the expensive Real Madrid bunch at bay.

Neither the sending off Atletico Madrid coach, Diego Simeone for a spat with the fourth official or the introduction of World footballer of the year, Cristiano Ronaldo at half time could help Real Madrid on the night.

Check out some of the photos which captured the moment 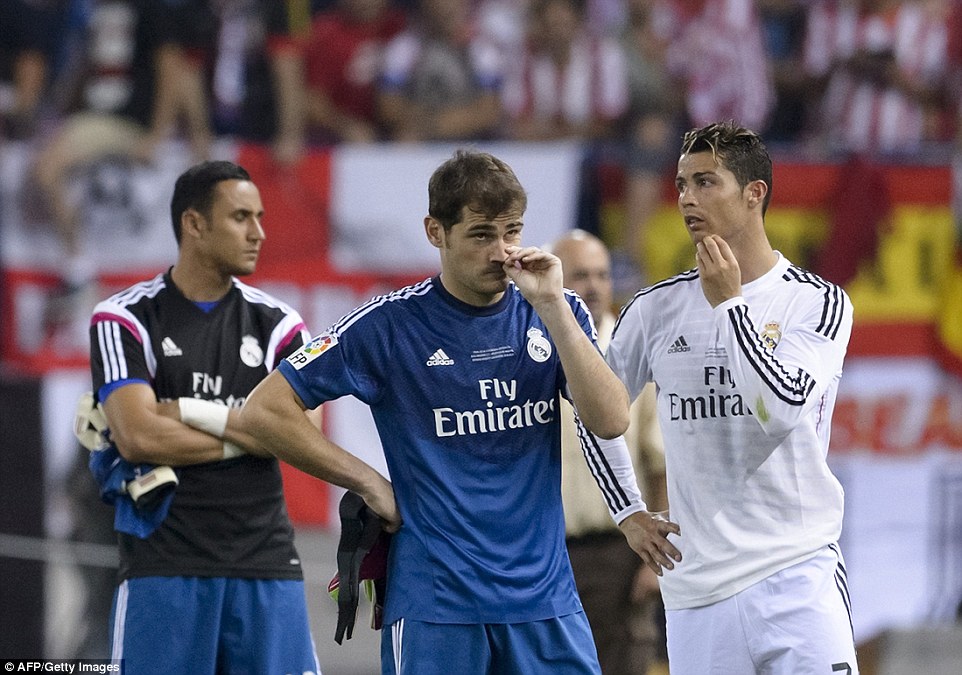 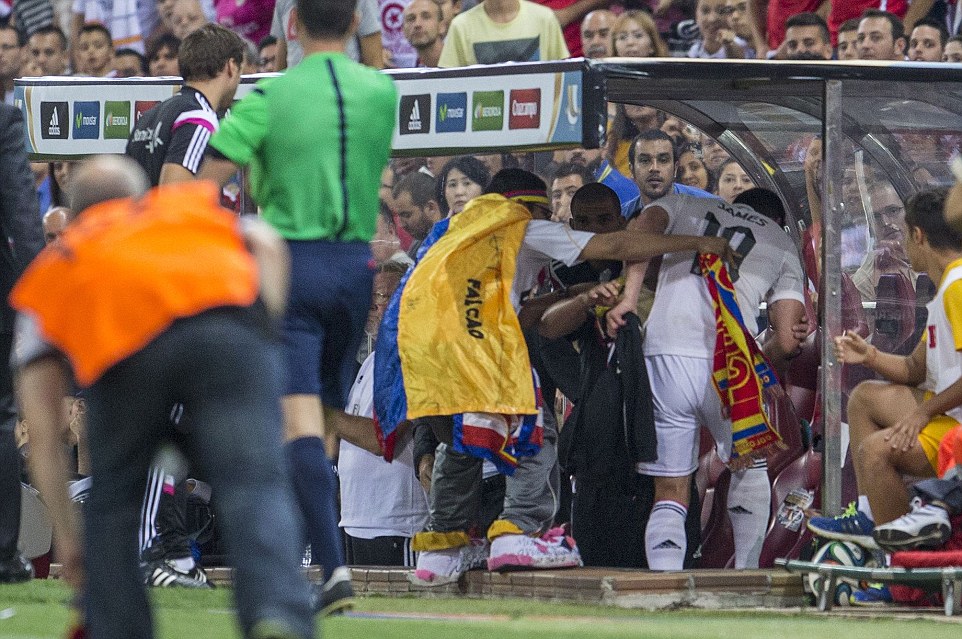 A crazy fan runs to James Rodriquez after the Colombian was substituted. 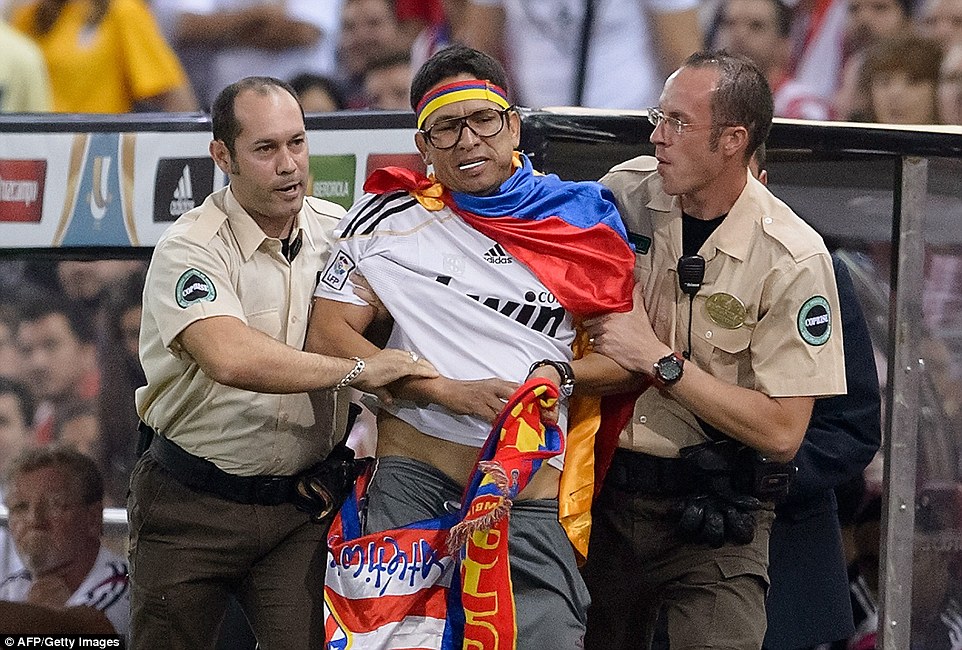 Off to the cell: Fan gets arrested 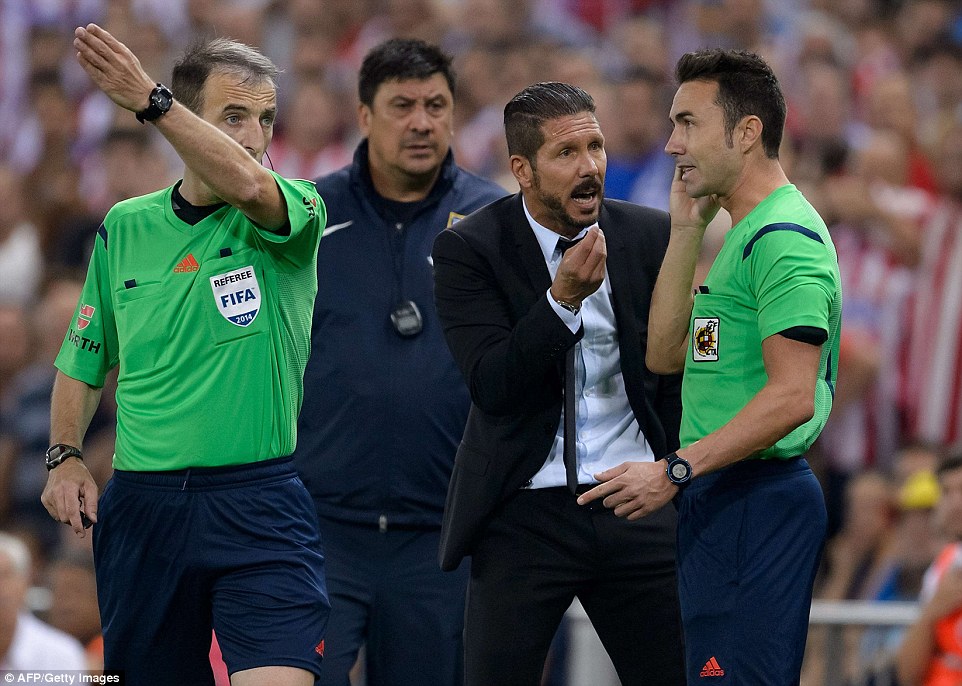 Diego Simeone gets sent off 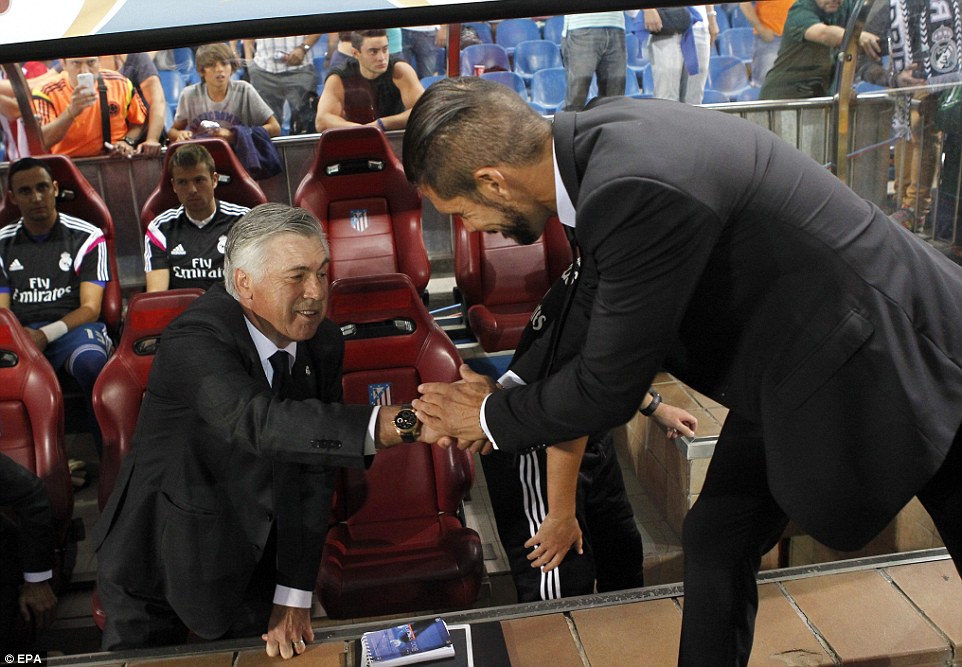 The managers shake hands before the match 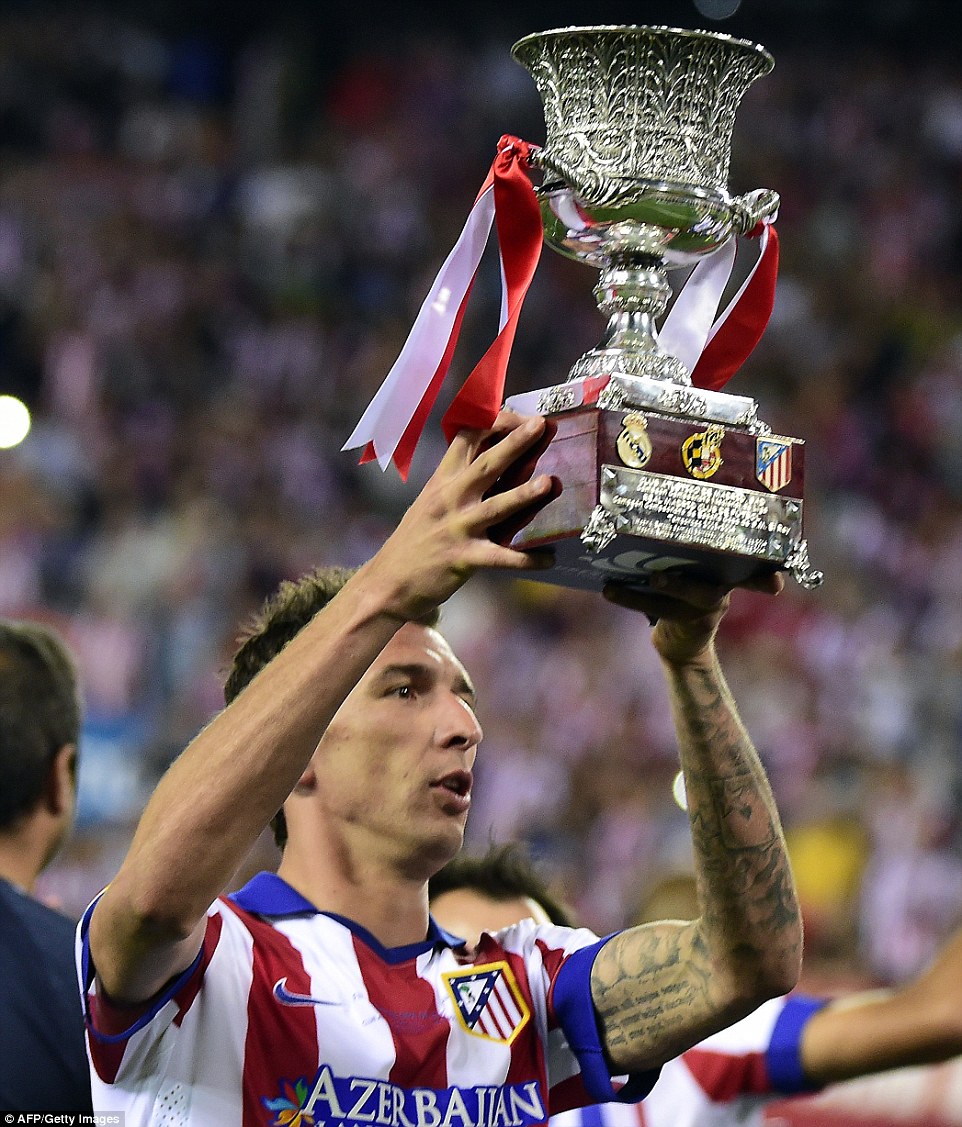 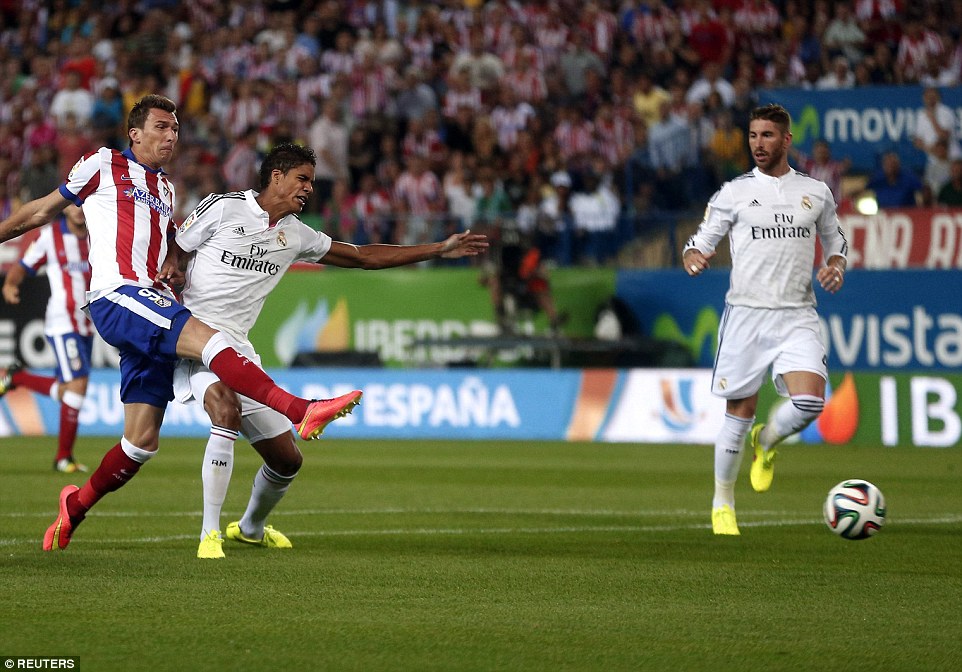 Too strong for Varane: Mario Mandzukic scores the quickest goal in the history of the Spanish Super cup after 81 seconds

I Owe Cech No Explanations – Mourinho