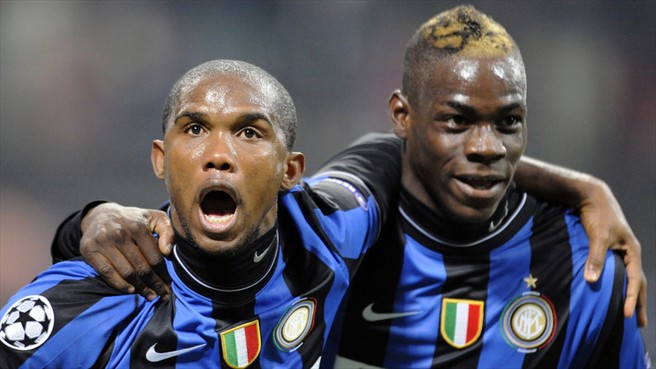 Not only are they likely to complete the signing of Mario Balotelli today, Liverpool is also planning to bring another former Chelsea striker to the bridge just as they did with Daniel Sturridge. The Reds have offered Camerounian, Samuel  Eto’o a one-year deal which will see him earn about €93,000 a week with performance-related bonuses. He will also have an option of a further one year renewal if he impresses at Anfield.

Eto’o is currently a free agent after leaving Chelsea when his contract with the Blues expired at the end of the season. He also had a public feud with Jose Mourinho over the doubts the Portuguese had about the authenticity of his age.

This might just be a dream reunion for Eto’o and Balotelli who played together at Inter Milan.