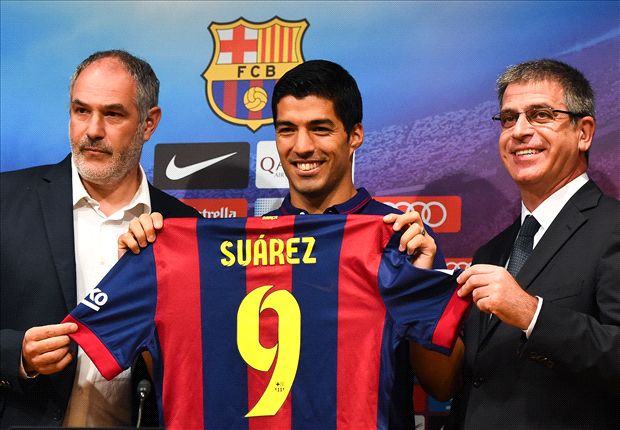 Controversial Uruguayan striker, Luis Suarez has finally been unveiled as a Barcelona player after his €88 million move to the Catalan giants this summer.

“I want to thank the club and all of the directors for the confidence they have had in me, and of course the coach Luis Enrique and all of the people who have supported me.

“I am looking forward to enjoying myself here and enjoying the group dynamic. I’ve been wanting to play for Barcelona for years and it’s a dream come true to be here.

“I have been dreaming of playing for Barcelona for years. All the little boys want to achieve this. I didn’t think it would ever happen, so I didn’t think twice when the chance came up.”

The former Liverpool man is currently facing a ban from competitive matches after biting Italian, Giorgio Chiellini on the shoulder during the Brazil 2014 World cup. This means is first competitive debut for Barcelona may be against Real Madrid on the 26th of October; a day after he would have completed the suspension