13 Nigerian Banks Among World’s 1000, Is Your Financial Institution Included [Details] 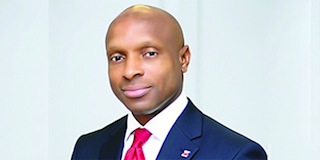 Thirteen Nigerian banks have been named in the list of 1000 top lenders across the world, according to the Banker magazine of the Financial Times Group in its 2014 report on banks released on Sunday 6 July.

The Nigerian banks attained this feat for the second year in a row which makes the Financial Institutions among the 1000 world best if your’e looking to bank in Africa or your’e worried about the capacity of your bank.

Zenith Bank was ranked top in Nigeria at 293 position while Guaranty Trust Bank was placed 415. First Bank and Access Bank were ranked 424 and 532 respectively. UBA was listed at 539 and Fidelity, occupied 622 position.

The magazine said the share number of local banks that made the ranking “underlines Nigeria’s number one position in Africa, as no other African country had up to 13 banks in the Top 1,000 World Banks”.