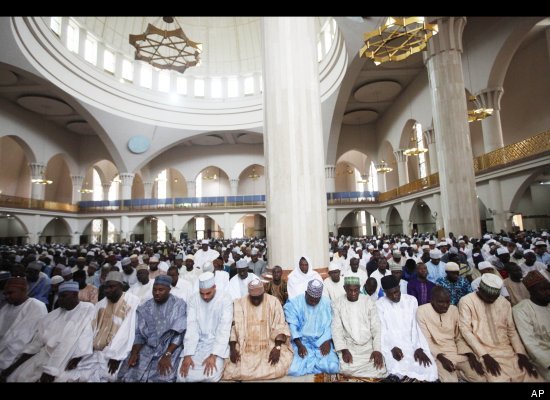 Prof. Ishaq Oloyede, the Secretary-General, Nigerian Supreme Council for Islamic Affairs, NSCIA, has called on security agencies in the country to be fair and professional in the discharge of their duties.

Vanguard reports that Oloyede who gave the advice while delivering a keynote address at the 9th Ramadan Lecture of Muslim Media Professionals of Nigeria (MMPN) in Abuja described the security situation in the country as serious. The Islamic leader said Muslims in Nigeria were for peace as long as there was justice and fairness, adding, “Muslims are not responsible for the violence in the country. Muslims are for peace. If there is any problem, it is a failure of the system.”

The NSCIA scribe said there “cannot be peace without justice. Our appeal is that Federal Government should be just to all segments of the society.” Oloyede said in the spirit of the theme of the lecture, “Peace and Leadership: The Missing Link”, there should be more consultation and dialogue among the stakeholders in the country.

Speaking on the theme of the lecture, the guest speaker, Prof. Musa Abdur-Raheem said that for peace to reign there must be justice.

“Boko Haram are not representing Islam, Muslims are for peace and most of the victims of Boko Haram attacks are Muslims,” he said.

He called on the leaders in the country to live up to expectations by urgently addressing the nation’s security challenges.

Abdur-Raheem advised all groups to channel their grievances through legal means.

Declaring the event open, a representative of Gov. Babangida Aliyu of Niger, Alhaji Hamidu Kadi-kuta, called on the populace to take steps in tackling the nation’s security challenges.

Aliyu described as unfortunate the security challenges in the country, saying it would slow down developments.

The governor also called on the Muslims to use the Ramadan period to pray for the peace and unity of the country.

Earlier, Chairman of the Association, Abdurrahman Balogun, urged politicians in the country to play politics according to the rules of the game.

“As 2015 general elections approaches, politicians should play the game according to the rules.

“Fear Allah in all their dealings and remember that everyone will account for all deeds in the hereafter,” Balogun said.

We Have No Idea Where The Chibok Girls Are Located – US