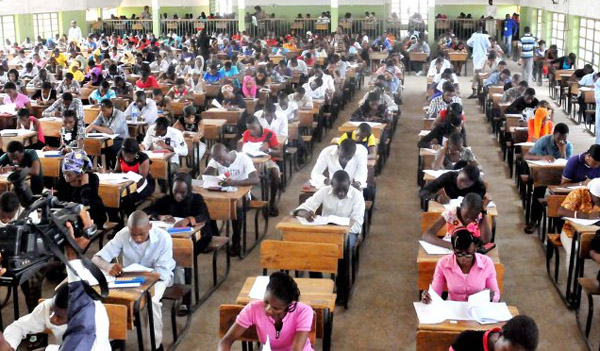 Professor Dibu Ojerinde, the Registrar, Joint Admissions and Mat r i c u l a t i o n Board (JAMB), has announced plans to completely phase out the Paper Pencil Test (PPT) mode of examination beginning from 2015 academic year.

Ojerinde, who announced the decision of the Board in Abuja at the commissioning of a model Computer Based Test (CBT) Centre built at the cost of over N150million said the decision was due partly to logistic challenges associated with conducting the PPT mode, particularly with the distribution of the examination question and answer sheets to various states of the Federation.

According to him, the phasing out was also hinged on the spate of insecurity in the country and high wage bill for settling officials deployed to various examination centres. According to the Registrar: “We are not going back to PPT anymore.

“This is the end to PPT in the country. PPT was full of fraud, malpractice; it is full of logistic problems and full of insecurity. So, we do not want to go back to it. We now have a solution with the introduction of CBT mode.”

He lamented that over 98 vehicles are used by the Board in the distribution of the examination materials to various centres, a development, he noted, does not also guarantee the security of the exam materials.

He said there are over 156 CBT centres nationwide and ten were personally built by the Board to show the level of preparedness by JAMB to go full scale with the Information Communication Technology [ICT] concept. The Registrar also used the occasion to clear the issue of multiple examination registration saying, “the new policy is that any candidates who engages in multiple registration will be banned for the period of three years.”

Related Topics:Breaking newsJAMBJoint Admissions and Mat r i c u l a t i o n Board (JAMB)Paper Pencil TestPPTThe Registrar
Up Next