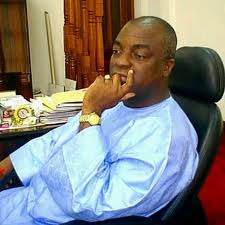 Okorocha, who addressed newsmen condemned the act, and commended the security agencies for their timely intervention.

The News Agency of Nigeria (NAN), reports that the two improvised explosive devices (IEDs)  were  hidden under a flower pot at the entrance to the church.

The governor urged the people of the state to be security conscious at all times and to report any strange objects or movement around them to the security agencies.

Okorocha said that the explosives planted at the church premises could have killed many innocent people, if they had exploded.

The Commissioner of Police in Imo, Mr. Abdulmajid Ali, however said that six persons had been arrested in connection with the incident.

He also said that the anti-bomb squad deployed to the church detonated the bomb on arrival.