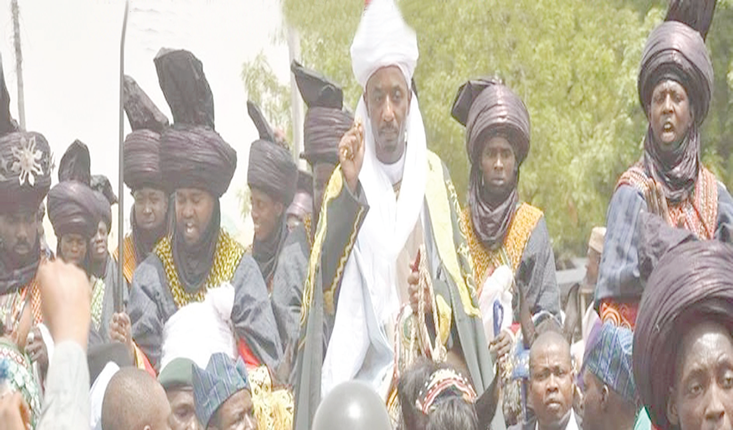 The Nigerian police have been ordered to arrest the newly-crowned Emir of Kano, Sanusi Lamido Sanusi, on fraud-related charges stemming from his tenure as Governor of the Central Bank of Nigeria (CBN).

According to reliable sources at the Presidency in Abuja, the team of policemen at the Emir’s palace in Kano received the order from the Nigeria police headquarters to place Mr. Sanusi under arrest if he leaves the Kano Governor’s lodge.

According to SaharaReporters, Mr. Sanusi was to be arrested at his private home on Sunday night after his appointment was announced by the Kano State Governor.

Malam Sanusi was a successful banker. He was appointed on 3 June 2009 for a five-year term, but was suspended from office by President Goodluck Jonathan on 20 February 2014 after exposing a $20 billion fraud committed by the president’s associates in the Nigerian National Petroleum Company (NNPC) by the president’s regime.

The President had said the Former CBN Governor was suspended for what he termed “financial recklessness” while serving at the apex bank.