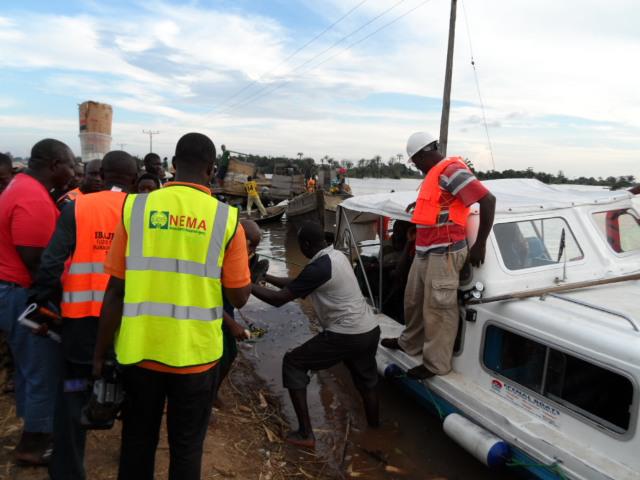 The National Emergency Management Agency (NEMA) has opened two additional operations offices in Sokoto and Ado Ekiti in a move to strengthen disaster management in the country even as three directors of the Agency  are re-deployed across various departments.
The new Sokoto Operation office is created from the North West Zone Kaduna and will cover Sokoto, Kebbi and Zamfara States while the Ado Ekiti Operation Office is created from the South West Zone Lagos to cover Ekiti, Ondo and Osun States. This brings to a total of five operation offices including those located in Abuja, Gombe and Minna and six zonal offices which are in Kaduna, Maiduguri, Lagos, Port Harcourt, Jos and Enugu respectively.
Meanwhile, the management of NEMA has approved the redeployment of the Director of Administration and Supplies Dr Zanna Muhammad to head the Department of Planning Research and Forecasting. It has also approved the appointment of Mallam Muhammad Shuaibu Tukur as the Acting Director of Administration and Supplies and Mallam Alhassan Nuhu as the Acting Director of Disaster Risk Reduction.
Further staff movement include the redeployment of the South South Zonal Coordinator Mr Emenike Umesi from Port Harcourt to the head office Abuja as the Deputy Director Planning Research and Forecasting while the South East Zonal Coordinator Dr Onimode Bandele moves from Enugu to the South South Zone. The new Zonal Coordinator for the South East is Mr James Major Eze and head of the Ado Ekiti Operation Office is Mr Akiode Saheed Olakunle. The Sokoto Operation Office is headed by Mallam Sa’ad Bello.
Director General of NEMA Alhaji Muhammad Sani Sidi said the staff redeployment is with immediate effect and aimed at repositioning the Agency for greater service delivery. He also said that the creation of the additional operations office would help in stepping down disaster management by bringing NEMA closer to the States and Local Governments as well as the other stakeholders at the grassroots.