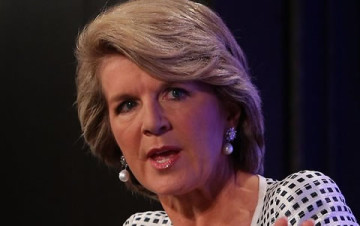 The Australian government has offered to provide its special forces to help Nigeria to rescue the more than 200 schoolgirls kidnapped by Boko Haram.

The schoolgirls were abducted by the Islamic sect on April 14. The abduction attracted international outrage and led to the birth of the BringBackOurGirls campaign.

Australian television website, abc.au.net,reports that the country’s Foreign Minister Julie Bishop told Sky News that Australia had offered to lend its support but Nigeria had not responded.

Britain, France and the United States had also offered to help Nigeria.

Bishop reportedly said, “Australian troops, the SAS, are always on standby for contingencies. We have made an offer to the Nigerian government to provide whatever support they need to release the girls. We’ve made a specific offer to our UK and US allies … that we are ready to assist in whatever way we can.

“We have not had a response from the Nigerian government. They’ve thanked us for our willingness to be involved in trying to rescue the girls but we haven’t had any specific acceptance of the offers that we’ve made.”

The story also quotes the leader of the country’s Green Party, Christine Milne, as calling on the Nigerian government to provide more details before Australia could get involved.

Milne said, “The Greens want to see the schoolgirls in Nigeria rescued. It is shocking to think all those young women have been dragged away and we don’t know the circumstances in which they find themselves but I think the PM needs to inform Australia fully as to what Australia would be getting into if we sent troops into Africa.

“Is this just about rescuing the schoolgirls or is this about joining a coalition to take on another terrorist war in sub-Saharan Africa?

“Australians deserve a full explanation of what the PM’s thinking is before we can make any comment about it but I would be remembering that we went into Afghanistan … and look where we ended up.”