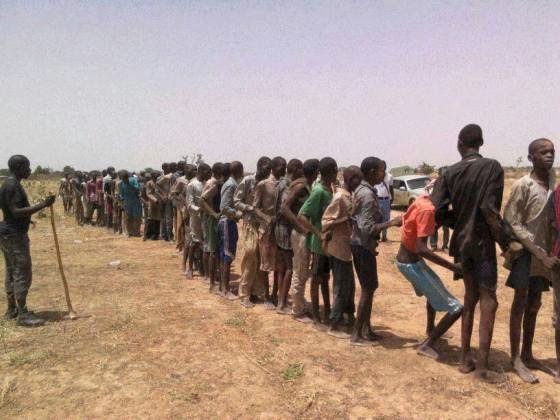 The Defence Headquarters (DHQ) has found the latest allegation of genocide against the Nigerian military by a Kaduna based cleric as not only diversionary but unfortunate.
In a statement issued Thursday by General Chris Olukolade, the DHQ wishes to unequivocally dissociate the Nigerian military from any involvement in the alleged genocide as depicted in the graphic pictures which appeared in the front page of Blueprint newspapers of 22 May 2014 edition entitled, “Alleged Killing field in Borno”.
Dr Ahmad Abubakar Gumi had posted this photos of alleged Genocide by the Military in Borno state urging the International Community to investigate, a photo that was also published by some Nigerian Newspapers and blogs, not newswirengr. 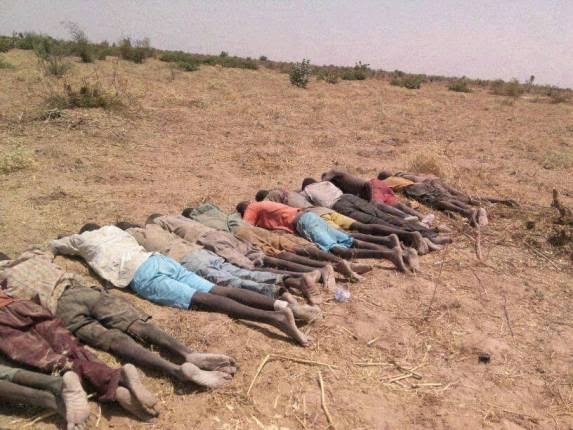 According to the Defense information director, While the military will continue to respect freedom of expression of Nigerians, it will not submit to desperate blackmail and propaganda aimed at diverting attention and pitching public opinion against the armed forces.  Although the real motive of the report and presentation with the apparent intention to impute military complicity in the event depicted in the pictures is yet to unfold, the DHQ sees this allegation as the manifestation of yet another grand design to tarnish and denigrate the image of Nigerian Armed Forces. 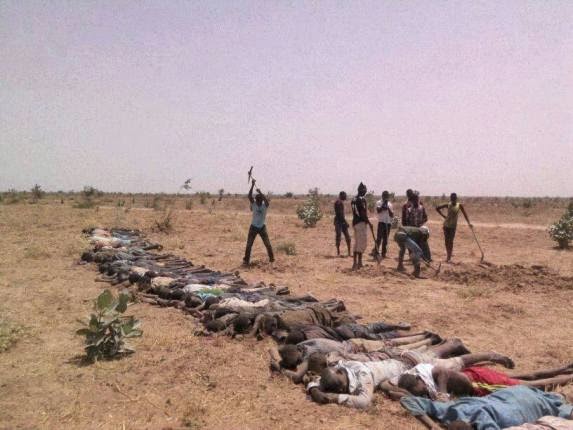 Olukolade said the Nigerian military remains a professional force whose operations is guided by high standard of professional ethics and will not be party to such dastardly act.  At no time or event in the course of the counter-insurgency operation have the troops embarked on the extra-judicial killing of civilians as exhibited in the gory pictures.
“The location and occasion where the events captured in the pictures were taken is unknown and has no bearing whatsoever as insinuated in the report by the Blueprint newspaper. The individual holding stick which the paper mischievously described as “a soldier stand(ing) guard…” is certainly not a Nigerian soldier neither is any of those captured in the pictures.” 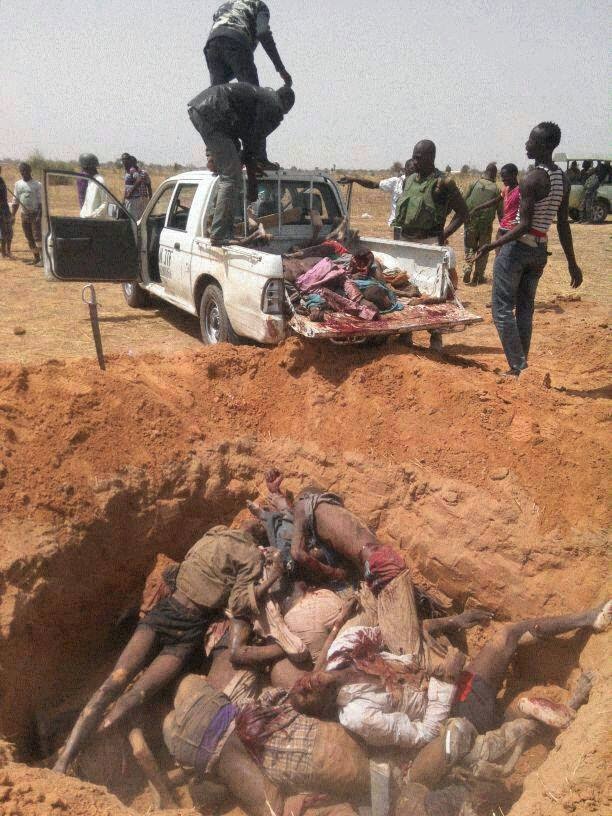 The Defence Headquarters however advised the media not to make themselves available to those who are desperate to tarnish the good name of the Nigerian Armed Forces.
Related Topics:Boko HaramBorno StateBreaking newsNigerian militaryGenocideKilling Field
Up Next

#BringBackOurGirls Protesters In Abuja March To The Presidential Villa

Here’s The Video Everyone Is Talking About, Boko Haram Member Speaks To CBS