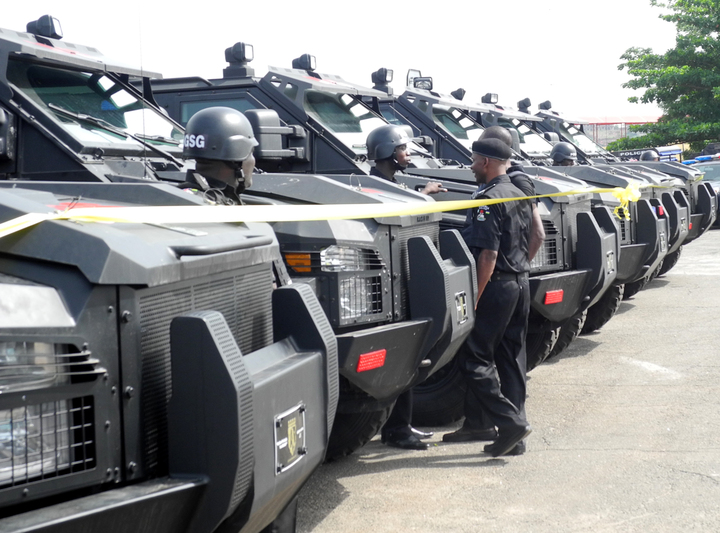 Adamawa Government House was rendered vulnerable at the weekend, as the Police withdrew a large chunk of policemen attached to the seat of the government where the state governor, Admiral Murtala Nyako operates from.

But Nyako, while confirming the withdrawal via a response to our enquiries yesterday, said he was yet to be officially informed why the policemen were withdrawn.

Indications emerged at the weekend that a top order had reduced the security operatives attached to the government of the state from 170 to 30 in the past few days.

A news alert had also disclosed that 30 operatives that were yet to be redeployed had been asked to mount security in Yola, Abuja and the Lagos offices of Adamawa state government.

According to the Director of Press to Nyako, Malam Ahmed Sajoh who was contacted for a reaction, Nyako was not informed either by the Adamawa Commissioner of Police or the headquarters in Abuja, but that he is keeping his fingers crossed.

“We are waiting until Monday (Today) to see whether they will inform us. We don’t want to impugn anything for now. We are keeping our fingers crossed.

“We do not know the reason for the withdrawal. They may have their reason.” Asked if the withdrawal will compromise the security of the governor, Sajoh said Nyako does not live in the government House but in his private residence secured by a combination of soldiers, police and security details.

Efforts to get a reaction from the police headquarters in Abuja were not successful. The Spokesman, Frank Mba was not picking his calls. Text message posted to his phone was also not responded to at the time of going to press.

It would be recalled that Nyako had in a memo addressed to the Northern Governors Forum accused Jonathan’s administration of carrying out alleged genocide in the north-east region of the federation.

But the Presidency, through, the President’s Senior Adviser on Public Matters, Dr. Doyin Okupe, responded swiftly, stating: “The content of Nyako’s letter exposed him as lacking a sense of history as well as incapable of rising above parochial sentiments”, an on-line news portal reports.

Okupe added: “The letter was extremely divisive and intentionally meant to incite one section of the country against the other.

“Nyako’s action is a pathetic embarrassment to the Nigerian military, from where he derives his career antecedents,”.

In response, the Media Aide to Nyako, Ahmad Sajoh, again carpeted the presidency, accusing it of failure to respond to issues raised by his Principal in his letter to the Northern governors.

His response reads: “The response by the Presidency to Governor Nyako’s memo to Northern Governors has further proved that those running the Federal Government are arrogant and confused.

“They arrogate all knowledge and wisdom to themselves alone. We hold the statements we released as true and challenge those who claim to have a sense of history to cut-off the use of jaundiced semantics to address the issues raised in this and several other documents before it”.

An expanded security meeting presided over by President Jonathan last Wednesday had allegedly taken a swipe at the Adamawa state governor on his utterances, which it considered uncomplimentary to the efforts by the Federal Government to contain terrorism and insurgency in the country.

Efforts to get the confirmation of the withdrawal of the police from the Adamawa Commissioner of Police, Daniel Abakasanga failed as he did not answer repeated calls and text messages sent to his mobile phone. The Police Public Relations Officer (PPPRO), DSP Othman Abubakar also refused to comment on the issue, saying he can only do so after speaking to his boss tomorrow (today)