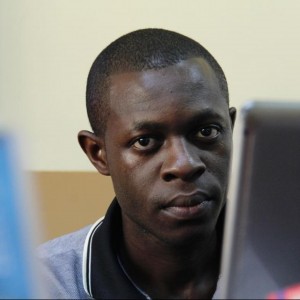 From sunrise to sunset, endless queues of skinny children, breast-feeding mothers and fever stricken youths in the different poorly funded hospitals of Nigeria. Malaria has proved an un-defeat able foe to not only the most populated black nation Nigeria, but the entire sub-Saharan Africa.

The statistics are frightening. Nearly 660,000 deaths a year with over 200 million cases with a larger part of those affected being children under five and babies. This unholy discovery perhaps led to the setting up of a task force by the ECOWAS at the Sixty-Fifth Session of the Council of Ministers to significantly curb the threats of Malaria adding that Malaria had become a strategic issue requiring political leadership and commitment. The task force is still in existence; their objective however, is perhaps now a dream.

Such failures have become common place around African countries, and Nigeria is no exception. As far back as 1970 the World Health Organization (WHO) and partners decided to look at a post eradication programme to answer the questions like, what are the strategies will be adapted and implemented to rid the rest of the world of this scourge? Have these questions been answered? For Nigeria, the answer is NO. Malaria remains on top of the situation. Although in the decade from 2000 to 2010, the death toll was cut by 26% around the world (33% in Africa) and considerable time, money and effort was invested in an ambitious bid to eradicate it, but the disease remains a huge threat to life and to surviving children’s long-term health and development.

Is it possible to have a Malaria free Nigeria?Is it possible to rid the country of the strain which has followed it since its creation? Do we stand a chance against the deadly virus? All this questions have been asked before, and in celebrating the World Malaria the questions have returned to our mouths. In 2001, after a summit held in Abuja on HIV/AIDS, Tuberculosis and Malaria in line with the bid to conquer this relentless plague, former Nigerian President Olusegun Obasanjo contributed a staggering $10million dollars into the project to eliminate, eradicate and control the disease.

Experts have attributed around N132billion in losses to malaria annually. On the social level ripples effects of Malaria such as absenteeism from school by children, and corresponding absenteeism from work place by their parents has increased these costs. If no serious strategy is adopted in the fight against this scrouge perhaps the desire to have a Malaria free Nigeria will be no more than a forgotten dream.

Related Topics:NigeriaopinionWHOECOWASMalariaWorld Malaria Day
Up Next