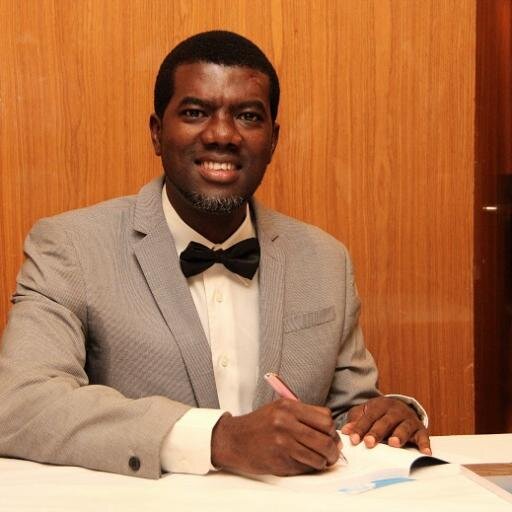 I was stunned when I read the various headlines about the comments made by Governor Raji Fashola regarding the President and his habit of worshipping at a church every Sunday. There were various headlines, but the one by one newspaper best captures the sentiments expressed by Fashola. It ran thus ‘Jonathan is Busy Going to Church Instead of Leading the Country-Fashola’.

The governor was further quoted as saying “I know that we have employed somebody for the top job in this country but when we asked him about his qualifications and experience, he said he had no shoes. You must decide whether you want someone who spends most of his time in church or mosque, or the man who is ready to spend his time on the job”.

I cannot really understand the governor’s rationale for making such a comment given that the President attends regular church services in fulfillment of his own personal convictions as a Christian especially as The Holy Bible says “let us not neglect our meeting together, as some people do, but encourage one another” (Hebrews 10:25).
It is also a fact that regular Friday mosque attendance is obligatory in Islam. Qur’an, Sura 62, ?y?t 9 says “O you who have believed, when [the adhan] is called for the prayer on the day of Jumu’ah [Friday], then proceed to the remembrance of Allah and leave trade. That is better for you, if you only knew”.

President Goodluck Jonathan did not just pick up the habit of regular Sunday worship in church with other believers. This has been a life time habit for him and many others and I have a hard time understanding why this should attract criticism from the governor of a metropolitan state like Lagos who was voted in by both Christians and Muslims.

Is governor Fashola saying that the administration of Nigeria suffers just because the President attends a 90 minute service every Sunday and short devotions every morning before work?

I am sure that governor Fashola is conversant with the life and times of American Presidents including Presidents Franklin Delano Roosevelt and Harry S. Truman. Both of these men led America during the Second World War and both attended services during the pendency of the war.

John F. Kennedy was also a U.S. President who led America during the heady days of the Cold War when America almost went into nuclear conflict with the then Union of Soviet Socialist Republics, USSR, as a result of the Cuban Missile Crisis. It is on record that Kennedy never missed any church service during his presidency. According to a CNN biography on his life, President Kennedy “faithfully attended Mass once a week, wherever he happened to be” (please see http://religion.blogs.cnn.com/2013/11/23/how-catholic-was-john-f-kennedy/).

The current President, Barrack Obama not only attends church services, but he also has devotionals at the White House. In fact, once when he was attending church service at St. John’s Episcopal Church in Washington DC on the 27th of October 2013, he refused to answer a question about governance stating to the reporters present “come on guys, I am going to church”.

In England, both the Head of State, Queen Elizabeth the Second, and the Prime Minister, David Cameron, attend church services every Sunday, yet no one has used this against them or accused them of abandoning the ship of state.
It is also on record that the Presidents of The Islamic Republic of Pakistan, Mamnoon Hussain, and The Republic of Indonesia, Susilo Yudhoyono, the two largest Muslim nations in the world regularly attend mosque services on Friday as well as perform daily prayers and are seen to be better leaders because of these actions by their own people and the world at large.

Given this historical account, I wonder why governor Fashola chose to hit at the President the way he did.

Leadership is more than going to the office and attending meetings. A leader must identify with his people. This is why President Jonathan celebrates when Nigerians are celebrating and mourns when they are mourning.

Every year, the President fasts when the Islamic Ummah is fasting as well as when the Body of Christ is fasting. He does not publicize this, but it shows that he has a connection with the people that he leads.

If a person does not have a moral core which can only come by an attachment to a faith which promotes virtues, I do not see how such a person can even begin to be a good leader.

The problems of Nigerians in 2014 are not whether or not a leader attends church or mosque services. Their issue is that they want leaders who can improve on their Standard of Living and who can facilitate the education of their children and who can ensure that they have hope for the future and can independently pursue their own happiness.
These have been the focus of President Jonathan and that focus is sharpened rather than diverted by the little time he spends attending weekly church services and regular daily devotion at home.

If the Per Capita Income of the average Nigerian has increased from $1091 in 2007 to $1721 in 2014, I do not think that is a sign of failure to lead. If the travel time between Lagos to Benin has reduced from eight hours in 2009 to three hours today, I do not think that is a sign that the nation is not under a good leader. If Almajiris are now going to school in one of the 125 Almajiri Model Schools built by the Jonathan administration, I don’t think they would complain that he attends church every Sunday.

I am sure many Lagosians and indeed Nigerians have demanding jobs that require leadership skills. I do not think that this critical mass of highly effective and employed Nigerians would choose to stop going to regular church or mosque services because of the leadership expected of them at their jobs.
In fact, if I am to hazard an educated guess, I would wager that it is precisely because of the demands of their jobs that they would attend regular services at their mosques and church because some leadership challenges require divine intervention.

Many world leaders have written biographies after their times in office and have in those works suggested that it is difficult if not impossible to have any sense of personal accomplishment, successful personal and inter personal relationships, peace of mind and hope for the future without a regular habit of faith.

Perhaps this is why leaders are either sworn into office on The Holy Bible or Qur’an. This action at the beginning of the tenure suggests that the framers of the Constitution and the people who elected them expect them to draw inspiration from their faith which in most cases would flow from The Holy Bible or Qur’an, both of which require that believers attend regular worship services. In fact, how can such inspiration come if you do not perform one of the core expectations of the faith which is to fellowship regularly with other believers?

I understand that some governors and other elected officials regularly go to their leader’s house even more than they go to their places of worship. While this may be the practice of some, it is the practice of others to worship God either at the mosque or the church. I encourage those who prefer the latter to allow those who prefer the latter to worship as they please. After all Nigeria’s Constitution allows for freedom of religion.

Finally, let me say to governor Fashola and others who may not understand why it is necessary to obey the dictates of one’s professed faith. Reason is for your intellect, while faith is for your spirit.

Attempting to use your intellect to lead without sharpening it with your spirit inspired by your faith is like attempting to cut down a tree with a blunt knife. It is better to stop and have that knife sharpened than to keep cutting with a dull knife. This is the difference between those who work hard and those who work smart.

It takes a lot of hard work to lead a state like Lagos, but I am sure that that hard work will go further if smart work is added to it.

Banky W: My Thoughts On The Arik Air Flight Debacle