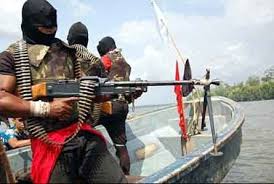 The kidnappers of Ebiteme, son of Chief Edwin Clark, have demanded N60 million ransom from the family to set him free.

Ebiteme was abducted on Wednesday in Kiagbodo, Burutu Local Government Area of Delta.

DSP Celestina Kalu, the Police Public Relations Officer (PPRO) in Delta, announced this in Warri on Friday in a telephone interview with News Agency of Nigeria (NAN).

She said one suspect had been arrested in connection with the crime and was helping the police with useful information.

She added that the police had intensified their search for the kidnappers.

“The kidnappers have contacted the family and they are demanding N60 million to release of their victim.

“The police are on the trail of the abductors and I can assure you that we are getting close to their base.

“We will do everything to ensure the victim is released unharmed’’, she assured.

A member of the family simply told NAN that negotiation with the kidnappers was ongoing.

Ebiteme was abducted on April 2 at the site of Edwin Clark University of Technology in Kiagbodo.