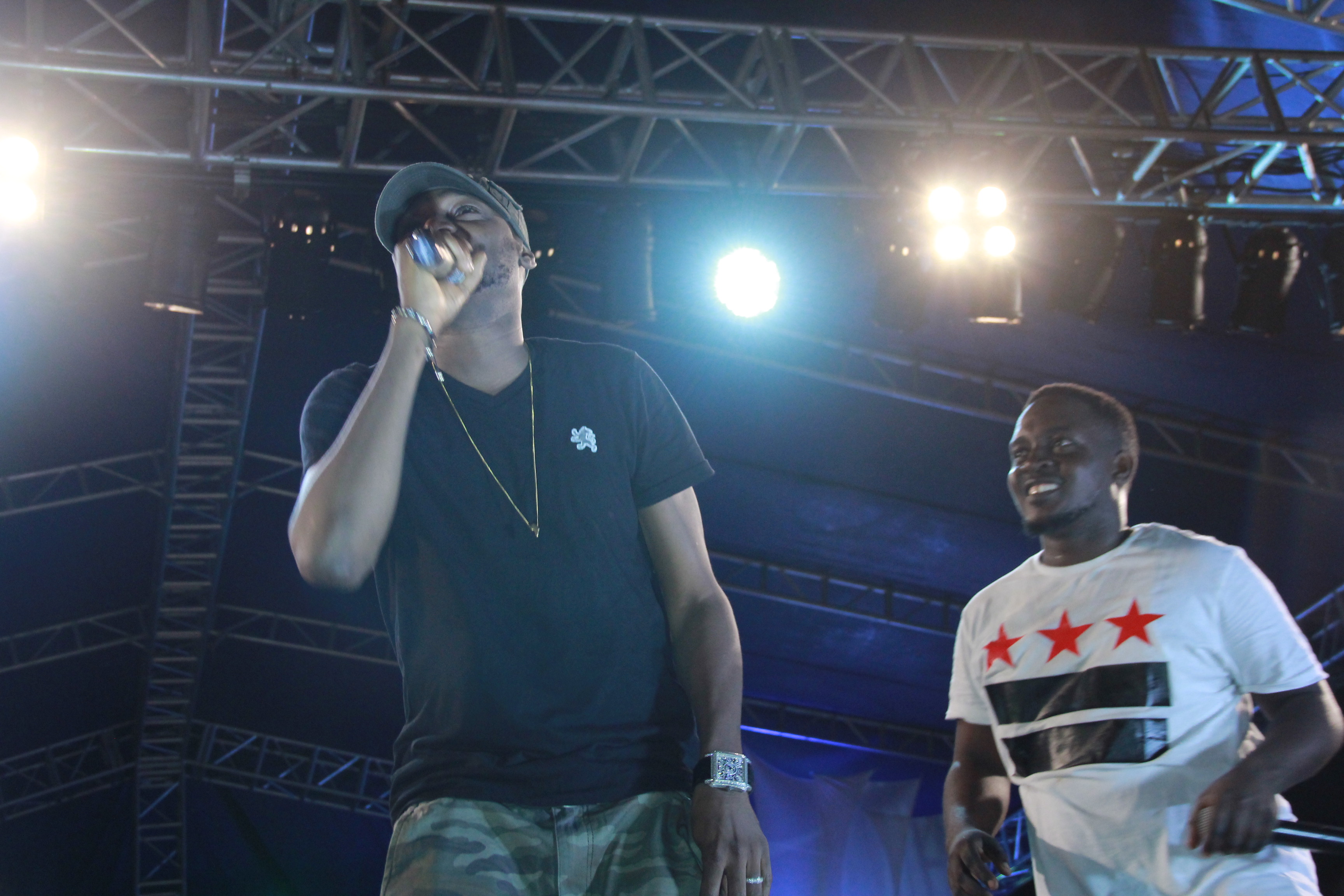 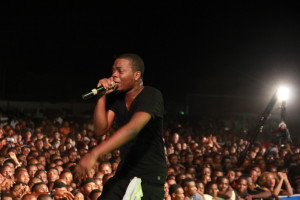 Inspired by the swelling audience, sensational performers 2face, M.I, Olamide, Naeto C and Phyno literally ‘raised the roof’ as they performed hit after hit to the delight of demanding fans at the first stage of Star Music Trek 2014 in Nsukka, Enugu State.
Excited music lovers who stormed Local Government Stadium, Nsukka, -venue of the event- were not disappointed as it appeared that the artistes had made a secret pact earlier to ensure they spent every minute dancing excitedly to the music.
Host, Dotun of Cool FM, took time to warmly welcome guests from far and wide as he introduced artistes to the cheers of the audience.
A surprise appearance by Dammy Krane pulled everyone to their feet as he and his electrifying dancers took over the stage to perform ‘Appreciate’ and his other hits.

Naeto C’s stylish blend of music and panache as he stormed the stage did the trick, as his black suited dancers kept up with the rapper’s swift beat. Even more, Efa’s surprise appearance on stage with him gave an added edge to his performance with songs like 5&6,Tony Montana, 10/10 etc still obviously resonating strongly with his fans.

The new BFF’s in the Nigerian music industry- Phyno and Olamide- took their friendship right on to the stage as they delivered stellar performances to their screaming fans. Fans began demanding for Phyno from the beginning of the concert and were introduced to new music from his recently released album ’No Guts No Glory’. Dressed completely in black, Phyno also played other songs like Ghostmode, Obago, Dope Money, Man of the Year and more to the delight of the audience.

M.I recreated the excitement and suspense of many of his other ‘Treks’, bringing onstage an elated fan, Chidinma, to mime his song, One Naira, with him and eventually rewarding her with an attractive wristwatch.

Thrilling guests with one hit song after the other, Chairman, Anoti etc, Africa’s favourite rapper made sure that the already fast paced momentum was kept strong.

But it was superstar entertainer, 2face, whose quiet entrance unleashed an additional flurry of excitement with overjoyed fans streaming to the stage to get a closer look at the celebrated performer.

2Face ,who joined M.I in the last few minutes of the former’s performance, took over the stage with his live band and eclectic dancers. He offered just what his fans were eagerly waiting for; a nostalgic combination of his old and new hit songs.

His fans joined in at every song spurring the artiste on as he performed his exciting medley: Implication, Dance in the Rain, Only Me and many others.

A Pre-Trek gig held at Jives Bar, Nsukka, on March 28th 2014 hosted by Do2tun with special guest artiste, 2face. Invited guests won fantastic prizes such as TVs, phones, carpets and much more from the brand.

The second concert off The Trek line up will hold at IBB Square, Makurdi, on April 5th 2013.