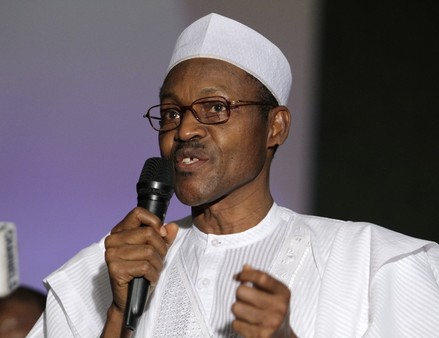 Former Head of State, General Mohammadu Buhari, has urged Nigerians not to look any further than the ruling Peoples Democratic Party, if they want answers to the formation, growth and sustenance of the Boko Haram menace.

He said this in response to a claim by the National Publicity Secretary of the PDP, Chief Olisa Metuh, that Buhari’s comments, prior to the 2011 elections, were proves of his involvement with the sect.

Buhari, who spoke through the former national publicity secretary of the defunct Congress for Progressive Change, Mr. Rotimi Fashakin, said this in a text message to The PUNCH, in Abuja, on Monday.

He said Metuh, the PDP spokesman, was showing as much desperation as Joseph Goebbels in the last days of the Hitler regime.

According to him, it is sad that Metuh decided to deal in despicable fabrications with a view to gaining political advantage through iniquitous revisionism.

Fashakin said, “The former National Security Adviser, Late Gen. Andrew Azazi, was unequivocal in his assertion that the power play in the PDP was the raison d’etre of the Boko Haram insurgency. Apparently, the discomfort caused within the PDP hierarchy was the reason for his sacking.

“Furthermore, we knew of the confessional statement to the State Security Service by one of the PDP stalwarts that the contact with Boko Haram was with the imprimatur of the Vice President Namadi Sambo.”

He said it was well understood that after the “ruinous” Jonathan regime had impoverished the teeming population of Nigerians, through its deliberate policy of leadership-centred corruption, there will obviously be a desire to attempt to deflect the pressure put on it by Nigerians.

He said the botched recruitment exercise into the Nigeria Immigration Service was one, out of several examples of the Jonathan administration’s exploiting poor Nigerian youths on the pretense of providing elusive job placements.

Fashakin said, “General Muhammadu Buhari has proven his mettle as a patriotic Nigerian leader, whose passion for the virility of the Nigerian nation is untrammelled.

“He is still the reference point in transparent, honest and compassionate leadership. This, obviously, contrasts the present leadership that constantly evinces larcenous disposition in its governance of the nation. Indeed, Nigerians are asking: where is the $20bn that the Nigerian National Petroleum Corporation has not remitted to the Federation Account?”

Attempts to get an official reaction from the PDP were unsuccessful. A call to the mobile telephone of the National Publicity Secretary of the party, Chief Olisa Metuh, indicated that it was switched off. A text message sent to him was also not replied.

When contacted, his deputy, Alhaji Abdullahi Jalo, said he was at a meeting and would call back but could not do so as at the time of filing this report.