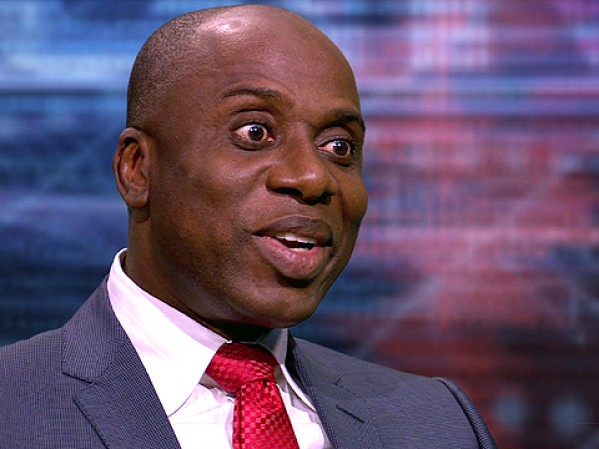 The All Progressives Congress (APC), Rivers State Chapter, says it wishes to alert Nigerians to the great danger that lies ahead as a result of the rising tide of corruption under the Goodluck Jonathan administration and the government’s refusal or failure to take concrete measures to reverse the trend. Going by the rate of looting currently going on at the centre, Nigerians should not be surprised if the present administration completely runs the economy aground before leaving office after the 2015 elections.

The party in an online press release signed by Chief Eze Chukwuemeka Eze said, “With no trace of the whopping sum of $29B which the NNPC – which has become a conduit pipe and the ATM Card of key actors of this administration – failed to remit to the Federation Account, no trace of the N24B Police Pension Fund and the inability of the Head of Service of the Federation to account for N340M, the fuel subsidy scam revealed by the defunct Faruk Lawan’s Committee, the non-remittance of billions of Naira that accrued to NLNG Bonny to the Federation account from 2004 till date that has badly affected all critical sectors of the Nigerian economy and constitute an economic crime; N10b allegedly wasted by Minister of Petroleum Resources, Deziani Allison-Madueke for maintenance of an aircraft, a Challenger 850 Aircraft and its crew in the last two years while millions of Nigerians go about without employment or means of livelihood, it is safe to conclude that this administration will make the infamous administration of late Gen. Sani Abacha a saint, after all”.

“These looting sprees continued while we are inundated on daily basis of scarce national resources where public finance is shrinking in the face of ever increasing national needs such as roads, health, education and power. In recent times, most states of the federation have been facing acute shortage of allocations due to the dwindling national revenue which has reduced the quality of governance and deprived Nigerians of dividends of democracy.

“Nigerians should rise and fight corruption as we cannot continue to watch while our common patrimony is being looted with impunity on a daily basis.

“Along this line, APC Rivers wishes to commend the Nigeria Governors’ Forum (NGF) for the strong position it took against the country’s worsening corruption situation during its Third Retreat held last week in Lagos. The retreat was an eye opener that demonstrated how a visionary and patriotic pressure group should conduct itself. The issues of corruption, the menace of insecurity and unemployment ravaging our nation were put in the front burner by the NGF and solutions proffered to them. Unfortunately, we have an inept administration at the centre which will likely not consider these revolutionary strategies advocated during the retreat. We, however, urge Nigerians not to give up hope as, by the grace of God, these great minds in the NGF would have dislodged the visionless PDP at the centre by the time the 2015 elections are concluded to give Nigerians the seemingly elusive dividends of democracy and take the country out of her present woes arising from the blunders of the clueless leadership of President Jonathan.

“We congratulate the Governor Chibuike Amaechi-led NGF on its successful Third Retreat and urged it not to relent in its efforts to ensure that we have a better Nigeria irrespective of the obvious obstacles orchestrated by the corrupt PDP Government at the centre.

“We meanwhile plead with the Federal Government to wake up to its responsibility and deal decisively with the increasing threat to the nation’s stability by terrorists before the terrorists over-run the entire country. It is sad that the administration seems overwhelmed by the growing band of insurgents. Every day we hear that people are slaughtered without government doing anything meaningful to check the ugly trend. From Borno to Adamawa, Yobe, Benue, Plateau, Kaduna, Katsina and Taraba, etc, innocent lives are being taken with impunity and nobody is sure of what will happen to him or her the next minute. This is unfortunate, unacceptable and condemnable. We say to President Jonathan, enough is enough. Wake up from your slumber and do the right thing before it is too late!”.

Attahiru Bafarawa Says He Has No Regrets Joining PDP